The 23-year-old started sixth on the grid but used a mix of strategy, race craft and tyre management to capitalise on a safety car and red flag-interrupted race and clinch a comfortable win around the hallowed ‘Temple of Speed’.

The win was Jehan’s first this season. It comes after the Red Bull-backed racer went from fifth to third in Saturday’s Sprint race, making it two podiums from two races for Jehan this weekend and eight this year.

It was also his sixth top-three finish at Monza and second win at the track after the Indian won there last year.

“What a weekend,” said Jehan. “It’s been a long time coming. “We’ve had the win taken away from us for one reason or another on more than one occasion this year. “But we’ve kept our heads down, kept believing, kept pushing and we’ve finally done it.

“And what a venue to do it at too! “Monza is up there with one of my all-time favourite tracks and standing on the top step of this incredible podium, out over the main straight with the Indian national anthem playing out, feels so, so special.”

Jehan Daruvala made a good getaway but starting on the dirty side of the grid got bogged down after the initial start.

Nevertheless, he kept sixth as the field went through the first chicane but lost a place to Juri Vips as he lifted in anticipation of a safety car after an opening-lap shunt involving Ralph Boschung and Theo Pourchaire.

The safety car wasn’t deployed until later, however, and Jehan Daruvala was forced to defend from Jack Doohan on the run to the second Roggia chicane.

The pair went wheel-to-wheel in the braking zone with Logan Sargeant making it three-wide into the chicane. Doohan, with Jehan on the inside and Sargeant on the outside had nowhere to go and ended up colliding with Jehan.

The Red Bull-backed racer however suffered only minor damage and carried on as the safety car was finally deployed.

Racing resumed at the end of Lap 5 with Jehan running seventh. But a crash for Calan Williams at the Ascari chicane brought the safety car back out on Lap 8.

Jehan seized the opportunity to pit, with the perfectly timed stop eventually moving him up to third once his other rivals had pitted.

That left him perfectly placed to battle for the win as the red flag was deployed to allow track workers to clear away Williams’ stranded Trident and carry out repairs to the barriers.

The race resumed after a ten-minute stoppage. Jehan went on to put on a masterclass of tyre management and race craft as he bided his time at first before piling the pressure on to race leader Richard Verschoor and second-placed Marino Sato.

He passed Sato on Lap 18 of 30 and was hot on Verschoor’s heels. But the Trident racer, struggling with tyre wear, dived into pits with just five laps to go, handing Jehan a lead he would keep until the chequered flag. 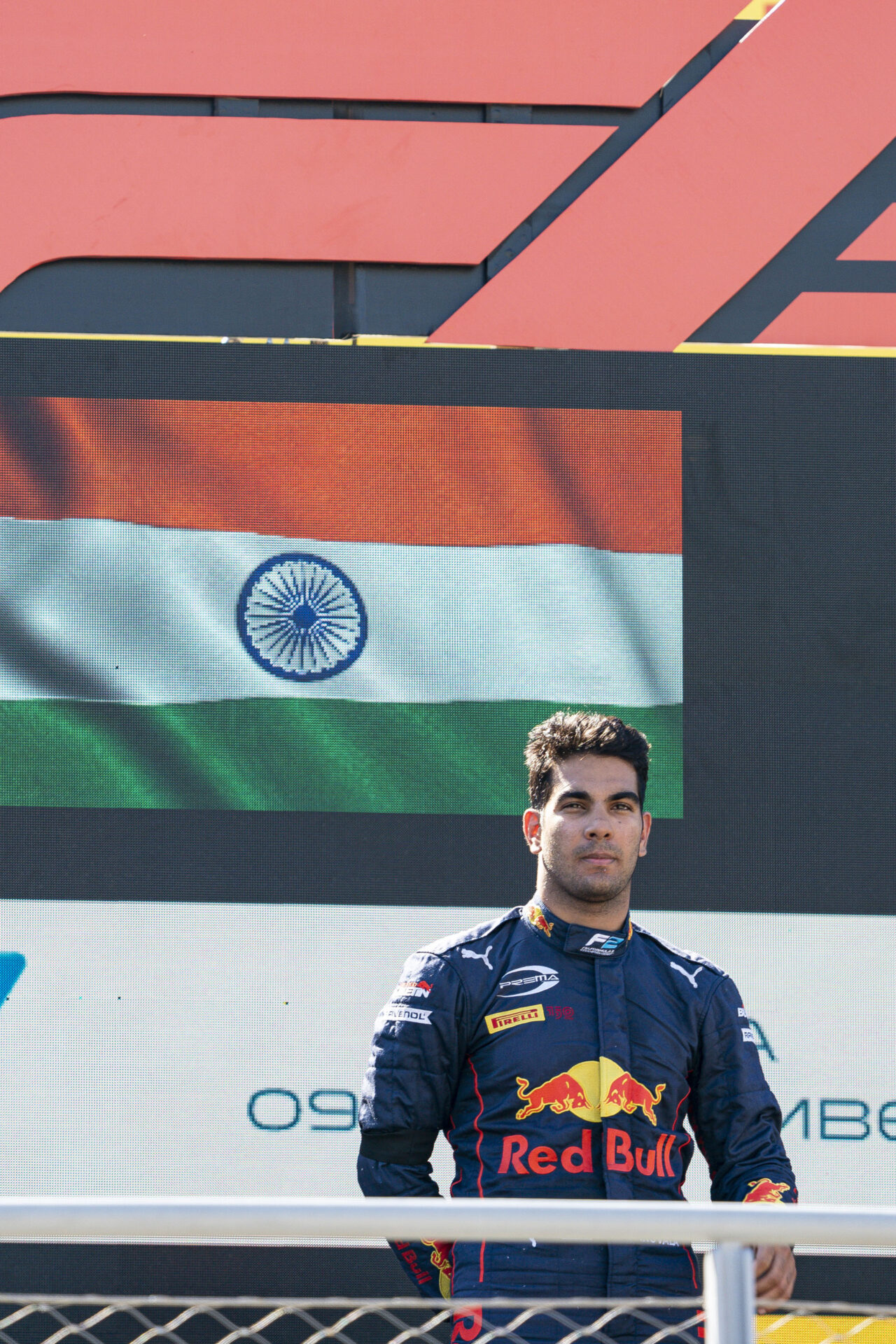 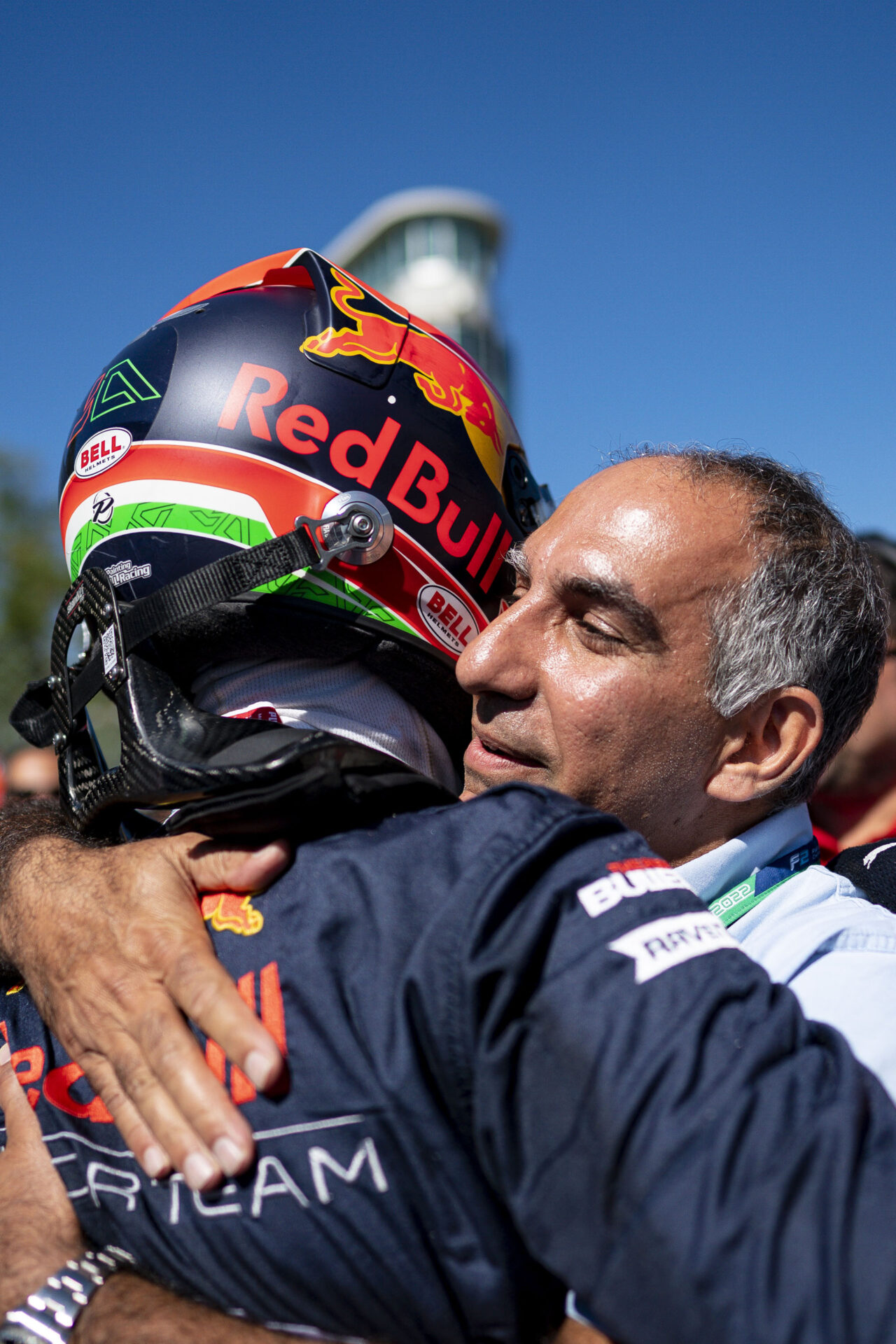 “This weekend’s result couldn’t have come at a better time as we now head to Abu Dhabi for the season-finale,” added Jehan.

“The Yas Marina track is another venue I like and I won there last year. So going there on the back of a weekend like this one gives us a major boost.”

The Formula 2 championship, which acts as a support series for Formula One, will have the chance for a bit of a break as F1 embarks on its Asian and American swing.

The championship will return for it’s last and final round of the season on the Nov. 18-20th weekend alongside the Formula One season-ending Abu Dhabi Grand Prix.