ROBERT PAGE has given Wales a perfect World Cup tonic by signing a new four-year deal.

The Dragons boss, 48, led his country to a first global tournament since 1958 but was set to be out of contract at the end of the Qatar finals in December.

But, as SunSport exclusively reported on August 25, Page has agreed fresh terms with the Football Association of Wales and committed himself until 2026.

Page, whose side will face arch-rivals England, plus USA and Iran in Group B when the World Cup kicks off in November, said: “There is no bigger honour than coaching your national team.

“I can’t wait for the challenge the next four years will bring, starting with our first Fifa World Cup in 64 years.

“This is an exciting time for Welsh football and I hope we can make the country proud in November and continue our success by qualifying for more major tournaments in the future.” 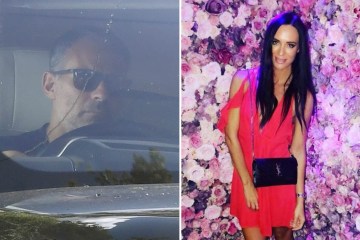 Page has been Wales manager for 24 matches, winning ten, drawing eight and losing just six since stepping up from assistant boss after Ryan Giggs was arrested in November 2020.

Giggs eventually stood down as Dragons chief in June ahead of his recent domestic violence trial, where the jury failed to deliver a verdict and the ex-Manchester United winger faces a retrial next year.

Talks over Page’s future had been ongoing since the play-off final triumph over Ukraine in June, before an agreement was finally struck last month.

His new deal means the former defender, who earned 41 caps,  will lead Wales into qualification campaigns for Euro 2024 and the 2026 World Cup — set to be held in USA, Canada and Mexico.

During his tenure, Page has won promotion to the top tier of the Nations League and reached the last 16 of Euro 2020, before making history when Gareth Bale’s free-kick against Ukraine took Wales to Qatar.

Captain Bale — who intends to carry on for Wales beyond the World Cup — is  a big supporter of Page, who will release his squad for this month’s Nations League double-header against Belgium and Poland tomorrow morning.

FAW president Steve Williams said: “I am delighted that Rob and the FAW have agreed a four-year contract to take the Cymru men’s national team to the next stage.

“The World Cup is the perfect opportunity to show Wales on the world stage and I am positive that Rob is the best person for the role, in Qatar and beyond.”

“I am confident that Rob is the best person to bring us more success over the next four years.

“By putting the correct foundations in place, I’m sure we will see Rob and the team qualify for more major tournaments in the near future and continue to grow the positivity and support around Welsh football at the moment.”

Once Friday night’s festivities are out of the way, the real fun kicks off on Saturday.A summer chock-full of daytime football kicks off as Wales take on Switzerland, looking to prove they are still the […]

June 12, 2021Wales and Switzerland go head-to-head in today’s first game at Euro 2020. We’ve got everything you need to know…Euro 2020 – Looking ahead to Day 2While Italy were cruising past Turkey on Friday, […]

Sign Up for Sports World News’ Newsletter and never miss out on our most popular stories.ROME, ITALY – JUNE 20: Andrea Belotti of Italy in action during the UEFA Euro 2020 Championship Group A match […]