Tottenham Hotspur fans have been reacting to comments made by Dele Alli following the end of their Premier League season.

A 4-2 win away at Leicester City yesterday ensured that Spurs will be playing Europa Conference League football next year, but it’s really scant consolation when you consider that they were at the top of the table at one point. The 25-year-old was used very sparingly in their league campaign, especially in the early days under Jose Mourinho.

And he reflected upon what he called a ‘difficult season’ on his Instagram account, posting a message in which he reflected on the campaign and said that he was ‘more determined than ever to come back fitter and stronger’.

Certainly a positive outlook on his end, but that positivity didn’t seem to stretch to the Tottenham Hotspur fans when the message was relayed to them via @thespursweb & @TheSpursExpress on Twitter where they turned on their player, with some refusing to believe that they’re likely to see any change from him, even going as far as saying they don’t want to see him at the club any more:

“Not interested in this. We needed him to step up in the last two seasons and he’s been a ghost. I’m happy he’s learned from the experience but he needs to revive his career elsewhere.”

“Thanks for the memories but it’s time to go”

“I think for the best for his career and our project moving forward, he should move. It’s the end of an era here.”

Should Tottenham cash in on Dele Alli? 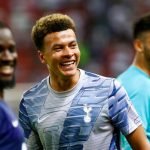 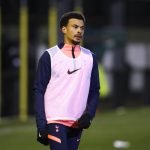 Looks as if there’s a lot of people out there that he’ll need to prove wrong.

[ad_1] Lots of Tottenham fans have been talking about their club’s links with a move for Portuguese midfielder Joao Palhinha.Portuguese outlet Record (via Sport Witness) have stated that Spurs have now taken a step forward […]

[ad_1] On the latest edition of The View From The Lane podcast, Charlie Eccleshare has been speaking about Nuno Espirito Santo’s short time in charge of Tottenham Hotspur. The Portuguese manager got off to the perfect […]

[ad_1] A lot of Tottenham Hotspur fans have voiced their annoyance towards defender Davinson Sanchez on Twitter during the second half of their game against Wolverhampton Wanderers. The Spurs defender started off the season as one […]