The Commonwealth Games Dream Team has been revealed by World Rugby after the conclusion of the event held from Friday to Sunday at the Coventry stadium.

Champions South Africa and Fiji have dominated the seven-member team.  South Africa dominated the match from the start, taking a 24-0 lead over Fiji thanks to tries from tournament top scorer Angelo Davids, JC Pretorius, Shaun Williams, and Muller du Plessis before Waisea Naqucu replied for Fiji, but Mfundo Ndhlovu ran in a fifth try at the death to seal a comprehensive 31-7 victory to reclaim the title last won in Glasgow.

Angelo’s performance has seen him get included in the Dream Team alongside his countrymen Zain Davids, Du Plessis, Pretorius and Selvyn Davids who played for Blitzboks in their unbeaten run in the three-day tournament.

Fiji have their top scorers Sevuloni  Mocenacagi and skipper Waisea Nacuqu named in the Dream Team.

In the women’s Dream Team Champions Australia have three players, Fiji have two players while Canada and New Zealand have a player each. 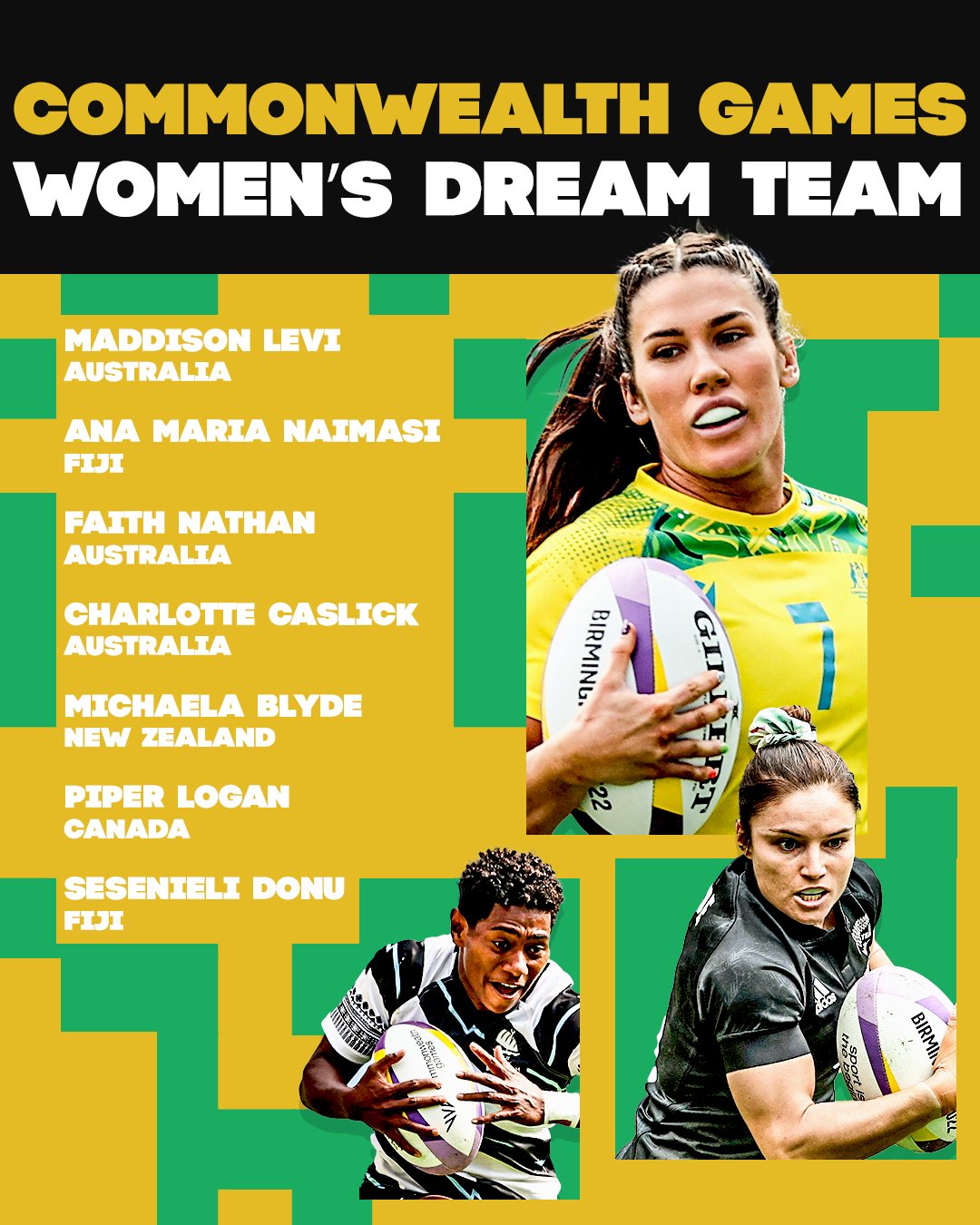