Petty GMS Motorsports driver Jones, who had run in in the top 10 for most of the 367-lap race, inherited the lead with 22 laps remaining when the engine blew on Kyle Busch’s Joe Gibbs Racing Toyota under caution.

Jones then led the way on the restart on lap 348 and spent the final 20 laps holding off a fierce challenge from Busch’s team-mate Hamlin, winning by 0.252 seconds at the flag.

The victory by Jones – who failed to qualify for the 16-driver playoffs – is his first since he won the 2019 Southern 500 for JGR and came 55 years to the day for the last victory at Darlington scored by his current team’s famous #43 car in the hands of team co-owner Richard Petty.

“He told me I get a hat if I win,” Jones said of Petty. “But Richard hasn’t been to Victory Lane at Darlington probably since he last won here. It’s just awesome. Just so proud of these guys.

“On that trophy twice, man. I was pumped to be on it once, but to have it on there twice – pretty cool.”

Jones admitted that “we had a lot of good stuff go our way” with Busch’s problem, and revealed “those last two [laps] I was losing the balance a lot”.

His win meant Jones prevented one of the 16 playoff drivers from claiming an automatic lock into the second round, which would have come with a victory.

Asked if there was anything different he could have done to get around Jones, Hamlin said: “Not without contact.”

But his runner-up finish means Hamlin has moved up to third in the playoff standings and trails leader Joey Logano by just eight points with two races remaining in the first round. Austin Cindric, Chase Briscoe, Austin Dillon and Kevin Harvick are the lowest four in points and therefore in danger of being eliminated.

After taking the final restart second, Tyler Reddick ended up third in the race ahead of Logano and Christopher Bell, as Michael McDowell, Brad Keselowski, William Byron, Bubba Wallace and Alex Bowman completed the top 10.

Busch had been challenging at the front for much of the race, taking victory in Stage 2 ahead of team-mate Martin Truex Jr, and moved ahead of the 2017 champion on lap 336 when Truex reported he had lost power steering and his engine was overheating.

Busch had emerged from the pits ahead following the ninth and last caution of the race caused by Cody Ware crashing on lap 340 before his engine problem dropped him out. He was classified 30th.

The 2015 and 2019 champion wasn’t the only playoff contender in trouble. Harvick, the 2014 champion, was halted by a fire that erupted out of both sides of his Stewart-Haas Ford and classified 33rd.

Asked what he thought led to the issue, Harvick pulled no punches: “I’m sure it’s just crappy parts on the race car like we’ve seen so many times.

“They haven’t fixed anything. It’s kind of like the safety stuff. We just let it keep going and keep going. 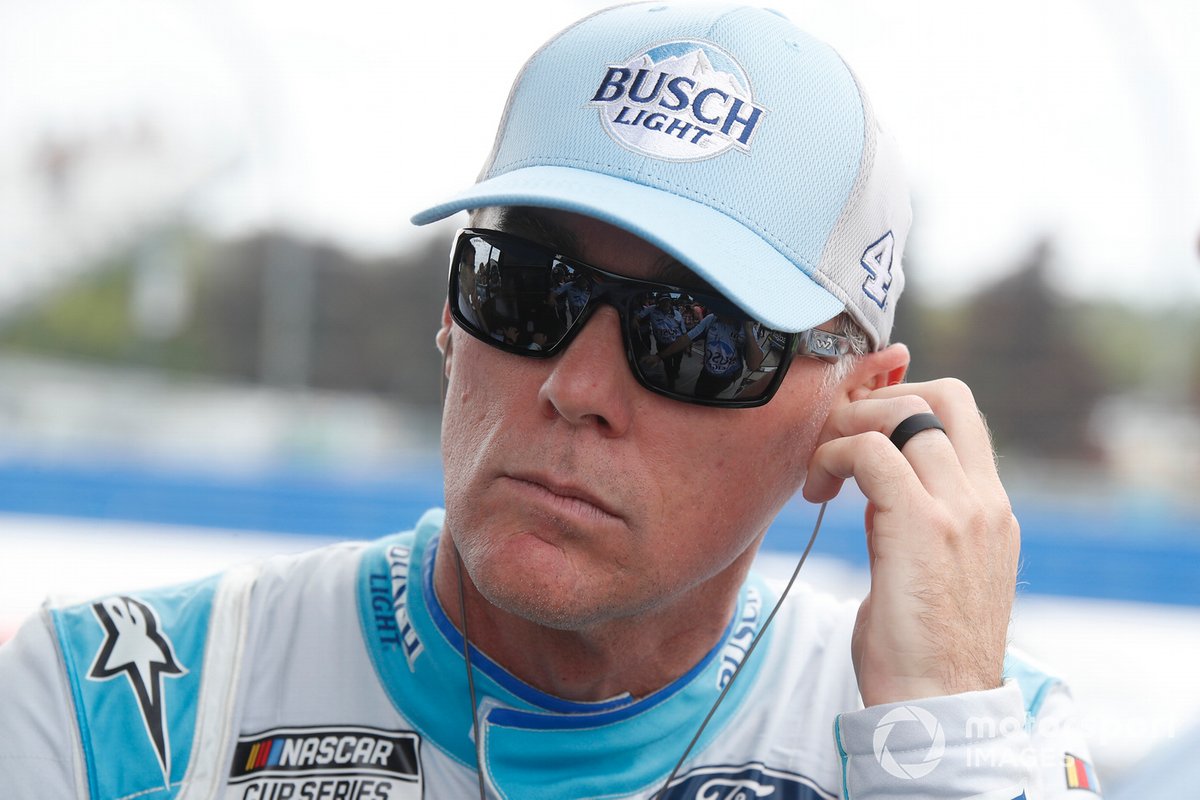 “What a disaster for no reason. We didn’t touch the wall. We didn’t touch a car and here we are in the pits with a burned up car and we can’t finish the race during the playoffs because of crappy-ass parts.”

“I just hit the wall in (Turns) 1 and 2 and broke something in the right-rear,” said Elliott after being released from the infield care centre.

Elliott’s team-mate Kyle Larson recovered to 12th after losing four laps early on with a loss of power and hitting the wall after a Turn 4 spin on lap 192.