Team Penske driver Logano, who won the Cup Series title in 2018, is one of the 16 drivers locked into the playoffs that commence this weekend at Darlington courtesy of regular season wins at Darlington and Gateway.

But after a destructive race at Daytona on Sunday won by Austin Dillon, which featured several multiple-car incidents, Logano voiced his concern that the new-for-2022 Dallara-built machine has given drivers more “brutal” impacts than its predecessor.

Busch, the 2004 Cup champion, has been out of action since a qualifying crash at Pocono and elected to relinquish his place in the playoffs – inherited by Logano’s team-mate Ryan Blaney as the highest-ranking driver during the regular season without a win.

“I’m concerned, I think everyone is concerned right now,” said Logano, who recently signed a multi-year extension to his Penske deal.

“I don’t see how you could not be.

“When you look at competitors and your own experiences being brutal in comparison to what the old car was, yeah, it’s going to raise an eye.

“You look at the some of things that have happened – Kurt’s situation, you hear about some of the wrecks from last weekend [at Daytona], my experiences at Charlotte and Michigan at the test, those things are real.

“You can’t hide from that. I’ve put a lot more time into that stuff than I used to than I did with the old car. There must be a reason for it.”

Some drivers raised concerns about the car’s safety during its initial testing, but last July an independent panel of experts signed off on the car’s safety following the results of a review of crash test data.

There were differences noted by NASCAR with the new car design from the start, however, particularly the likelihood of increased severity of rear impacts due to the shortened rear end of the cars.

Another distinction is the general increase of speed of the Cup cars this season because of a change in the aerodynamic package.

Bubba Wallace complained over his team radio following his wreck in last Sunday’s race at Daytona about the hard rear-impact he experienced in his car.

And Denny Hamlin this week announced he would sit out Saturday’s Xfinity Series race at Darlington to focus on the Cup race while complaining of continued soreness from his wreck at Daytona.

NASCAR officials say they continue collect and analyse all crash data in an effort find areas to improve rear-end impacts. That includes looking at the rear clip, the rear crash structure, the rear bumper and the rear bumper foam.

Asked if NASCAR’s response to driver concerns so far was what he would like it to be, Logano said: “Not until it’s fixed, no. I think that takes time.

“It’s frustrating that we’re in this position in the first place but it doesn’t seem like everything is added up quite yet to make the best decisions.

“I think the position we are in as a sport is what are the things with this car that make it hurt more when you wreck? And what can we fix? Are there quick fixes or are they fixes that have to happen over time? There is a little bit of both, for sure.” 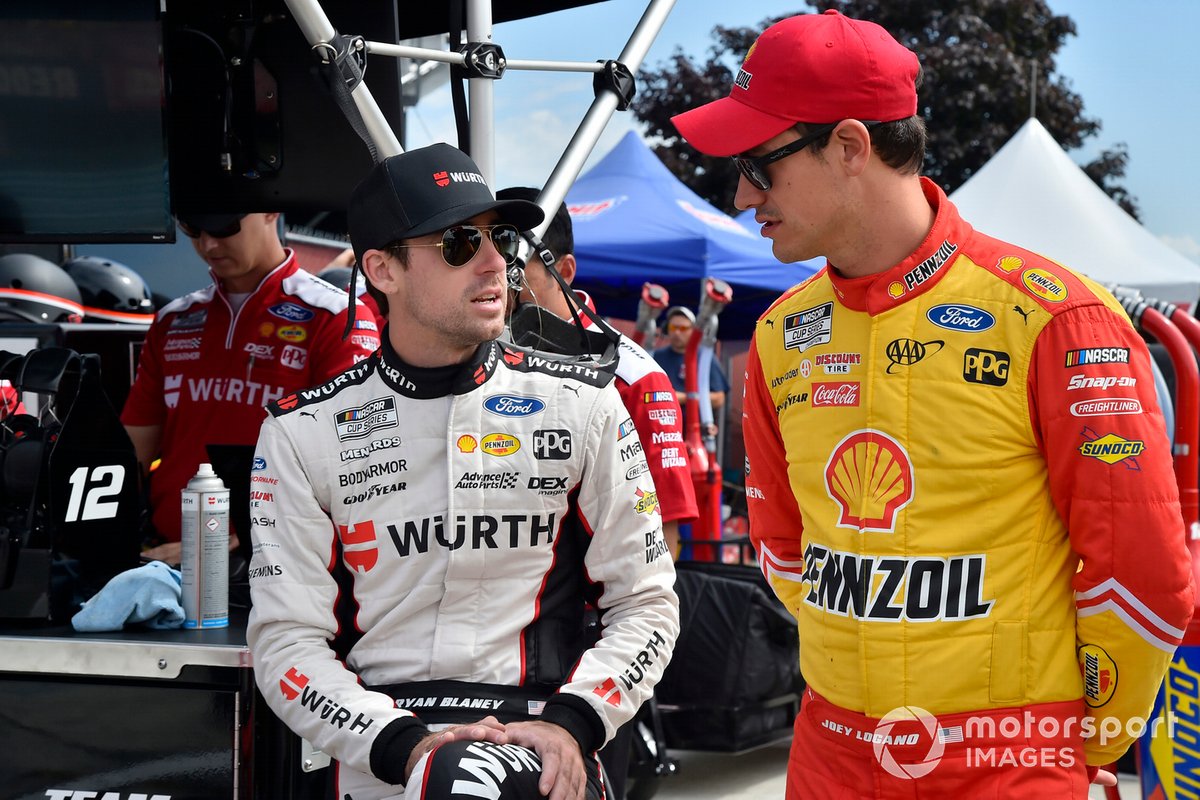 Despite drivers  having only recently expressed concerns publicly, Logano said the issue “has been around before the car even hit the race track”.

“It’s just exposed to you guys now because there’s a driver sitting out,” he said. “It’s exposed now.”

Still, driver reactions to wrecks have varied wildly, with Chase Briscoe stating that his experience in wrecks, both times at superspeedways, had been “way better than I thought they were going be”.

Even Logano understands there is no “quick, easy fix” to the issues that have been raised.

“In terms of intrusion, I don’t see anything getting inside the car as easily as the old car. As far as rolling over and the cage crushing on your head – I feel way, way, way better about that situation.

“The top 10-percent of the wrecks and the intrusion issues, I feel much better about that. It’s the everyday hits that are more severe than they used to be.”