The -40kg category finalists opened the first final block in the cadet world championships and what an explosive start it was. Cadet European finalists, Patricia TOMANKOVA (SVK) and Zilan ERTEM (TUR) took the bronze medals today and in the final, Anastasiia SUPERSON (UKR) and Begumnaz DOGRUYOL (TUR) went head to head to decide who the next world title holder would be.

The pair were evenly matched and took their time to size up the other. It wasn’t until the second half of the contest where Superson managed to identify a weakness and took advantage. As he opponent went to the ground, the neck was left open, the Ukrainian was swift to apply the shime waza but Dogruyol held on for quite some time, though not long enough. Ippon was awarded to Superson. 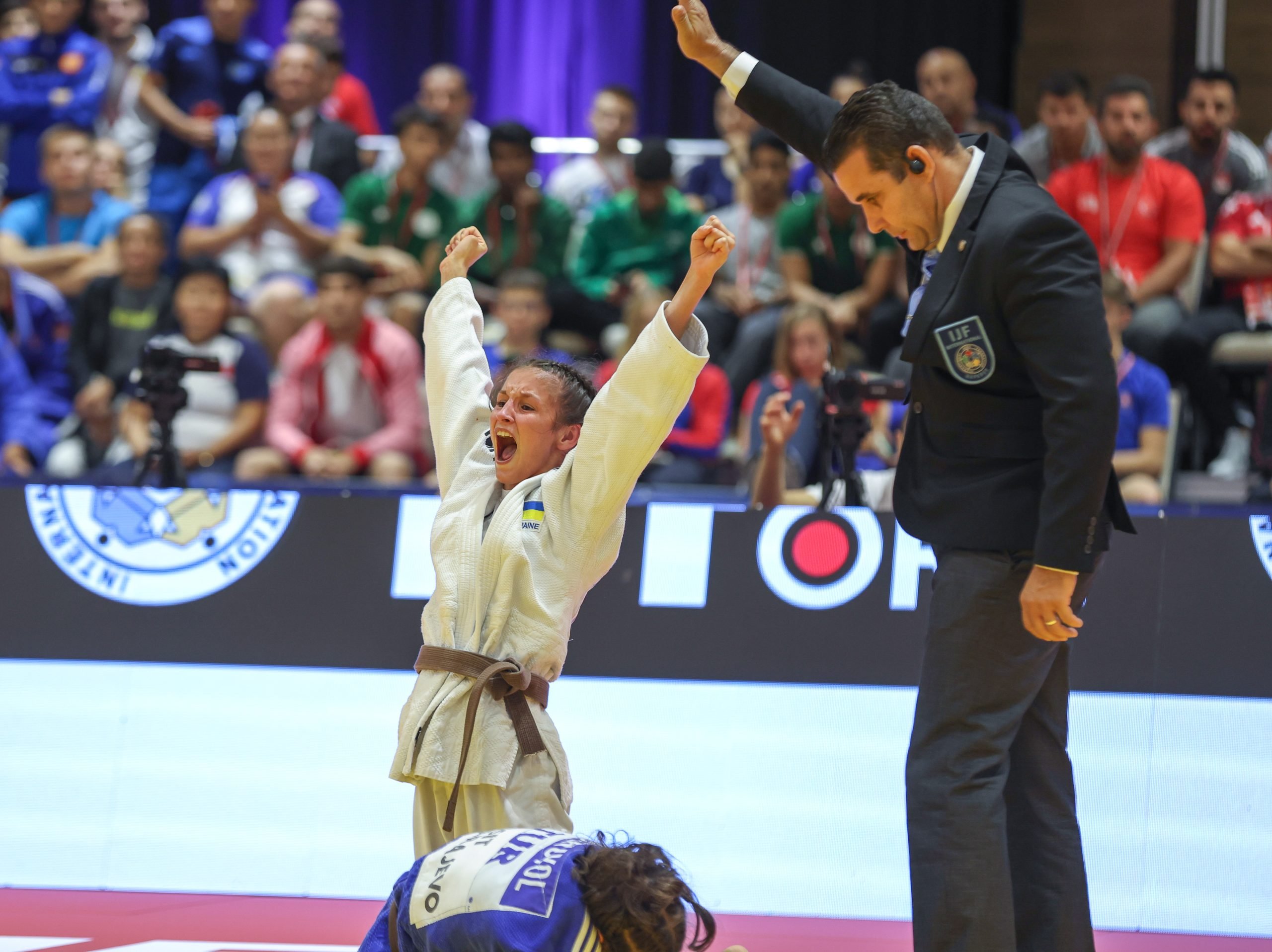 It was an interesting match up in the final of the -50kg category, the top two seeds KOLLAR Sebestyen (HUN) and Yahn MOTOLY BONGAMBE (FRA) were both equally as psyched as they stepped on the tatami, and as the contest ensued, proved they were equally unable to throw one another. In the end it was decided on shidos in favour of the French, meaning not only is he the current cadet European title holder but now has a world one to go with it!

Vera WANDEL (NED) is used to winning, though when previously asked she will tell you she doesn’t expect it. The Dutch has taken the European and EYOF title this year and she knew this would complete the collection but with a shaky semi final that she only turned around in the last 30 seconds, she needed to dig deep mentally for gold. In her way was Zeynep Betul SARIKAYA (TUR). The great defences and tactics of Sarikaya took the contest in to golden score, and she continued relentlessly in a bid to be on top of the podium after team mates already took bronze and silver medals in the -40kg category.

Though Türkiye took another medal, Sarikaya was disappointed it wasn’t gold in the end. After 1:42 of golden score, a third shido went to the Turkish and Wandel took her third major tournament title this year, the Dutch team of course were delighted!

The last head to head of the day was between Shahin ORUJZADE (AZE) and Zacharie DIJOL (FRA). The Frenchman was looking for the opening for his seoi nage but it appeared Orujzade was clued up enough to defend against it, however, with the focus on defence, he wasn’t taking thew time to find an attack himself, and eventually picked up a shido for passivity. With little action or tension, the pair went in to golden score.

It was an unfortunate end for both as they would have liked to end in a positive manner but ultimately, Orujzade was penalised for head diving, handing the close contest to Dijol. 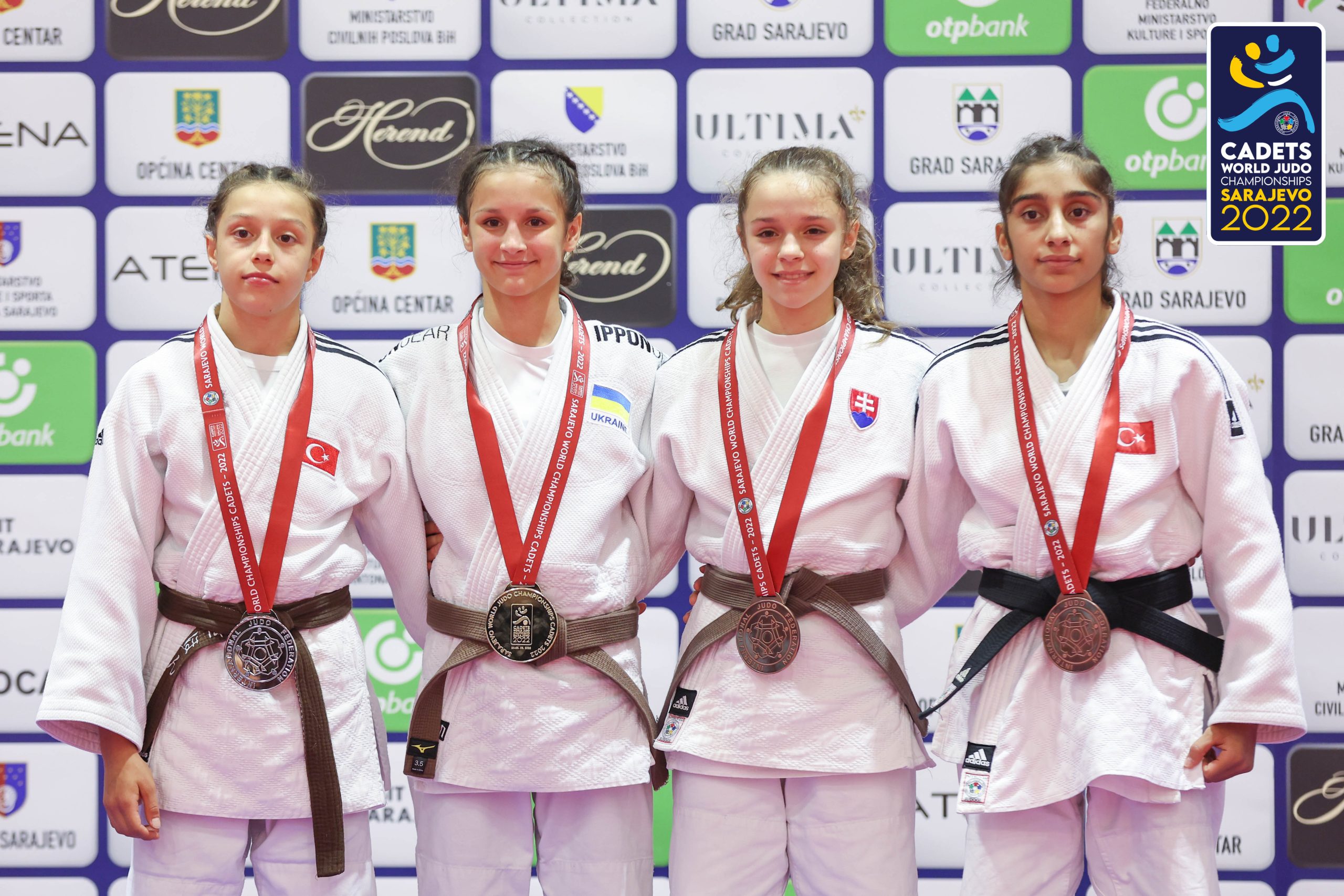 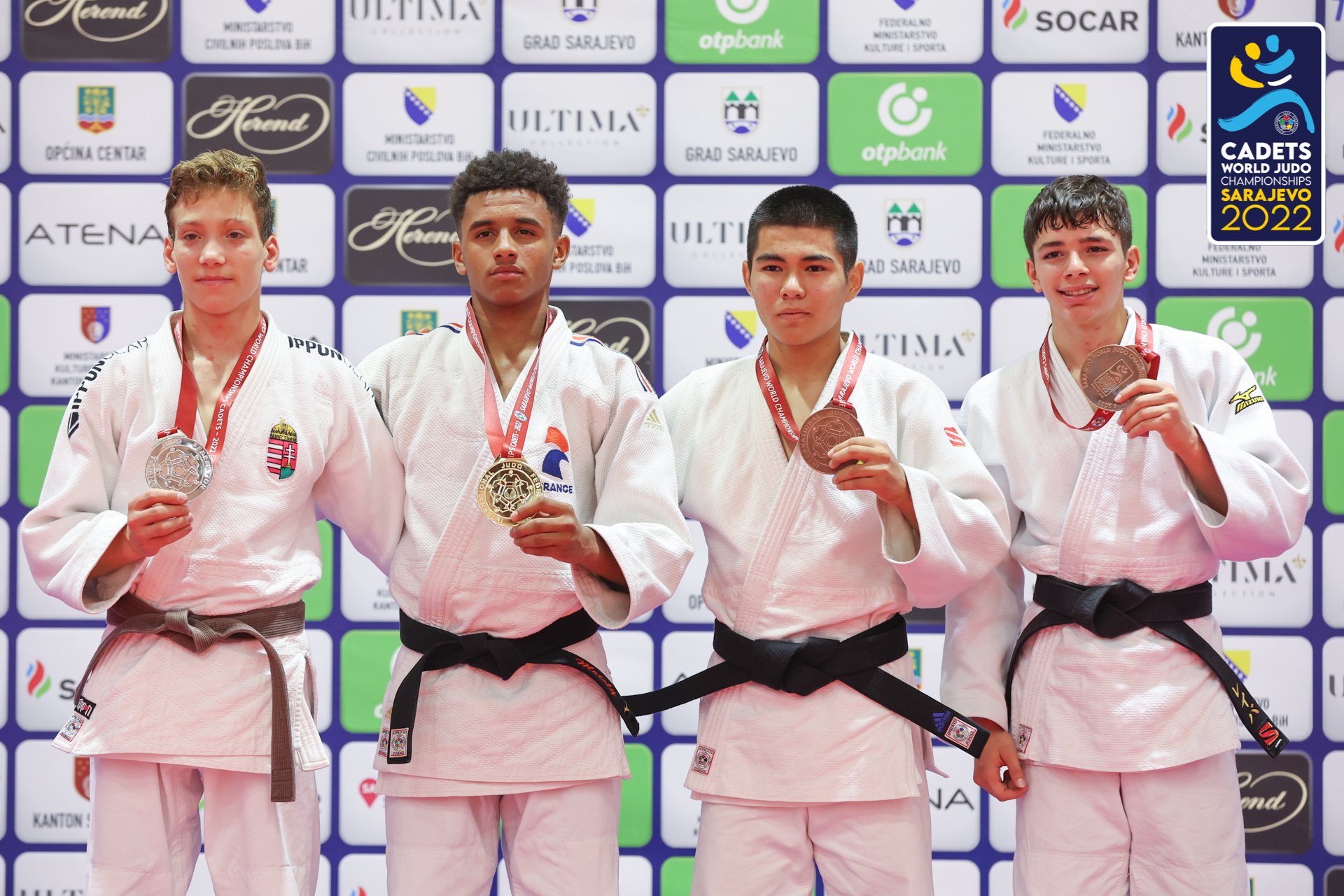 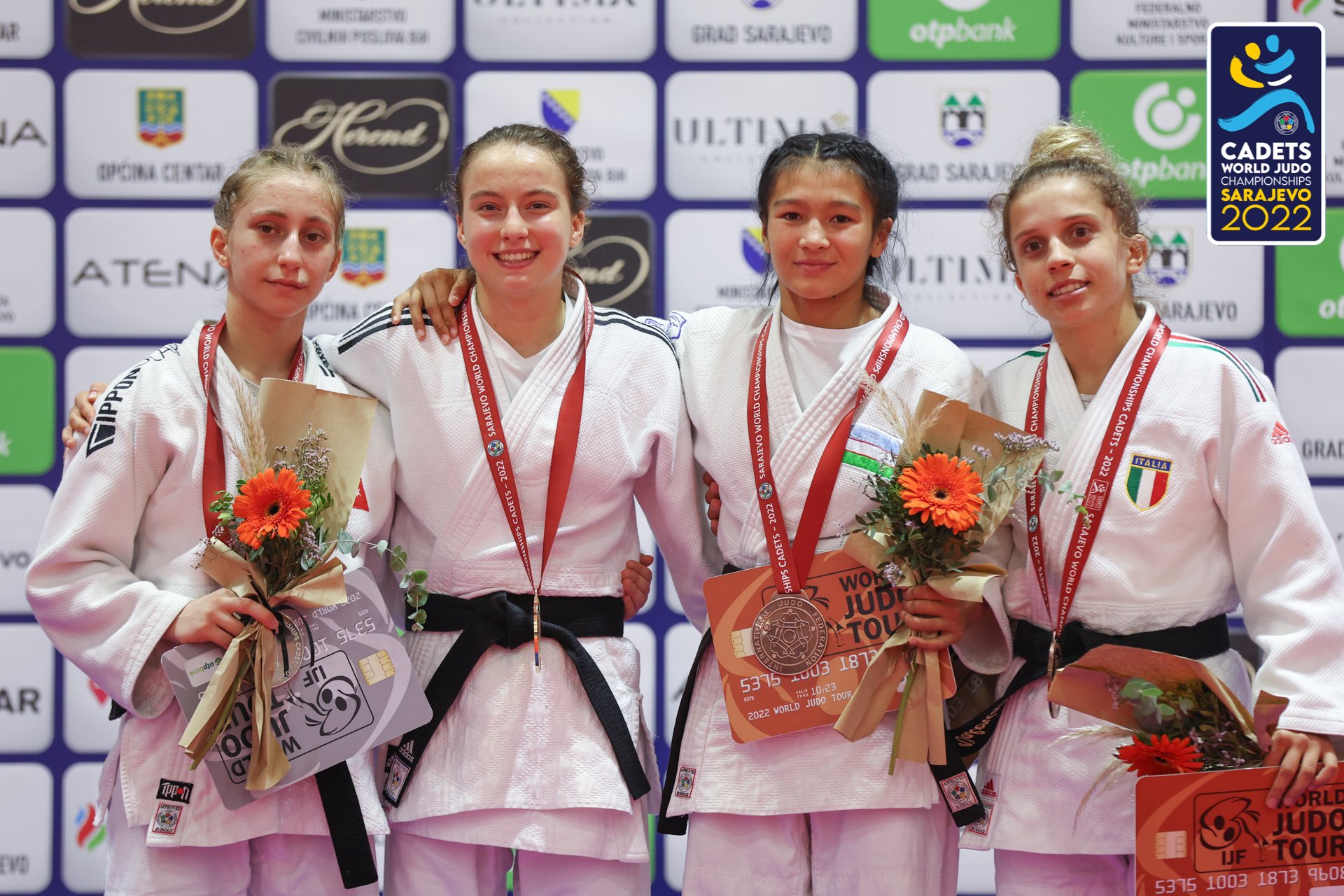 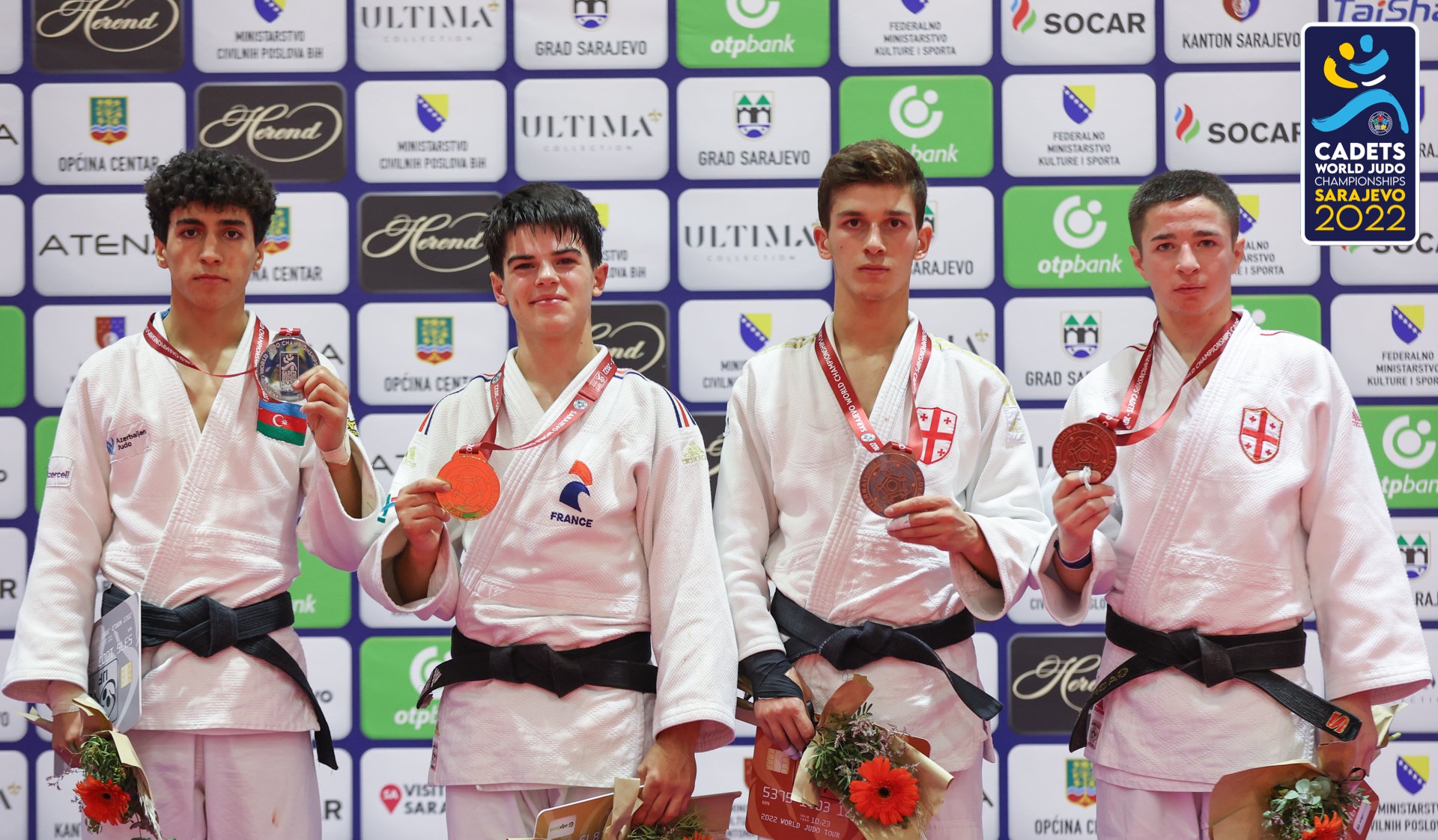