November 25 – Africa has for some time been a provider of playing talent to clubs outside the continent. With the Africa Cup of Nations kicking off in Cameroon in January next year, a report by the KPMG Football Benchmark team examines how significant their contribution has been.

KPMG looked at 11 top tier leagues and found that more than 500 African footballers are contracted by clubs’ first teams in those leagues – approximately 6% of their total player base.

While the highest number of African players employed were in France’s Ligue 1 the research found “that the average market value of Ligue 1’s African players is little over half of that in the English Premier League. Indeed, Liverpool duo Mohamed Salah and Sadio Mané being on top of the list of the most valuable players gives a boost to the average value of African footballers in the English top tier.

“In addition, the proportion of EPL players among the more valuable footballers is also higher: for example, concerning the 21 players with a market value over €30 million, we find 13 players from EPL clubs and only two from Ligue 1 clubs.” 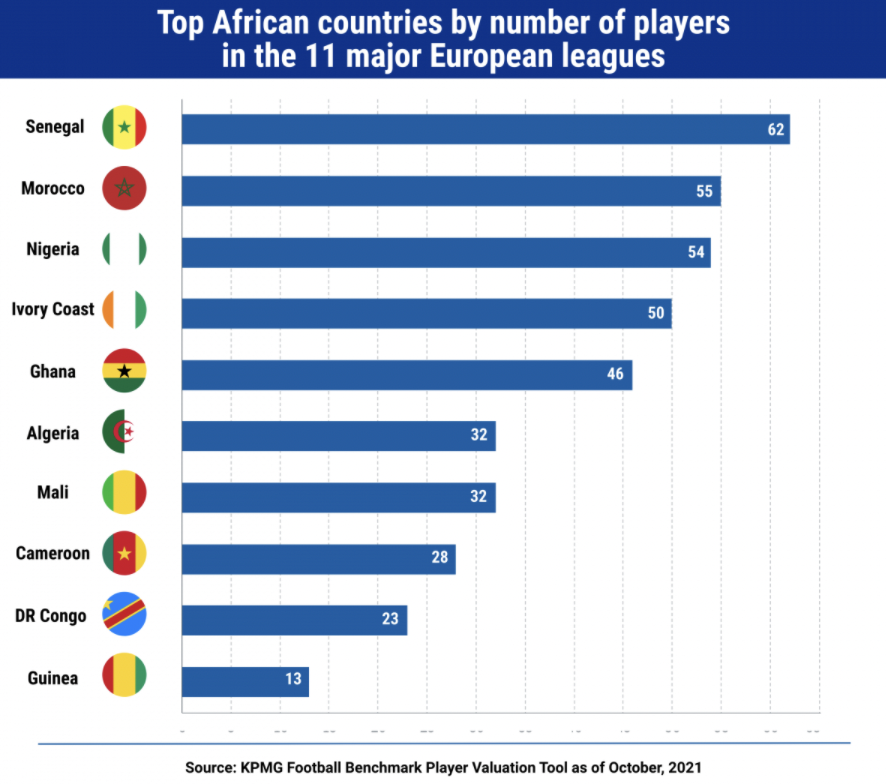 The top ten African players’ list by market value is dominated by the English Premier League with five players and Liverpool being the club with the highest total squad value attributed to African players. As well as Salah and Mane, Liverpool have Guinean midfielder Naby Keita and Cameroon defender Joel Matip.

The development of raw talent is clearly an opportunity with KPMB highlighting the Belgian and the Turkish top leagues as popular markets for developing African players. 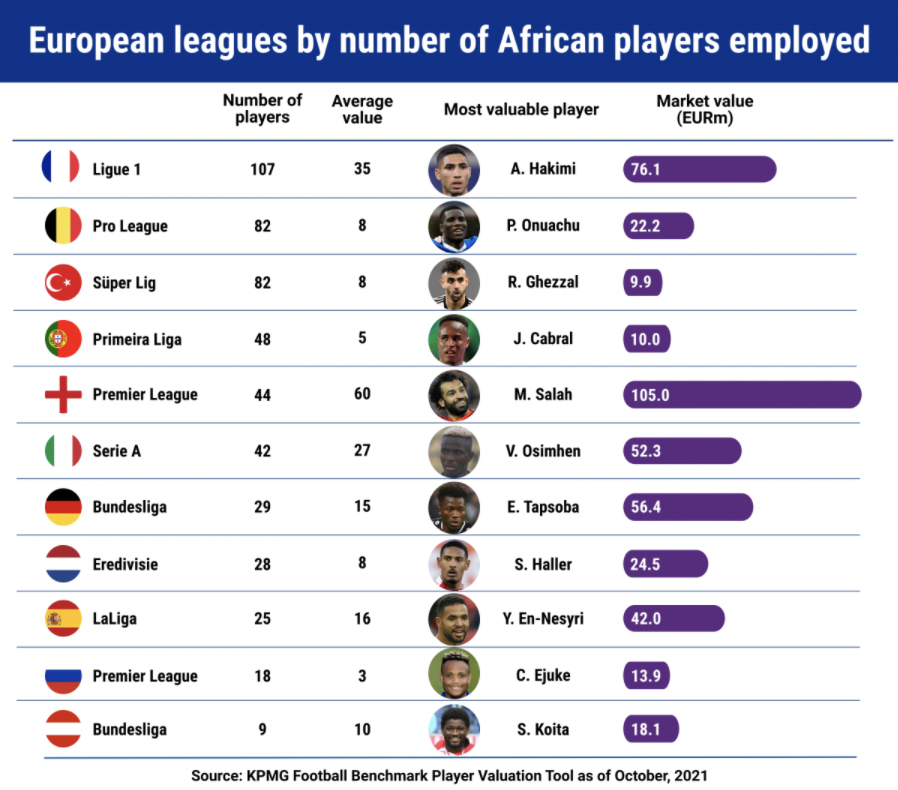 Of course not all African players are from Africa with the noting that “it is not uncommon that a player chooses to represent an African nation due to family roots without ever playing in the professional league of that country.”

In this regard the authors highlight the international mobility of players like SSC Napoli centre-back Kalidou Koulibaly who was born in France to Senegalese parents, and actually played for the France national U-20 team before opting for Senegal from 2015 and where he is now team captain. Similarly, Liverpool’s Joel Matip was born in Germany and started his career there with FC Schalke 04, before opting to play international football for Cameroon. 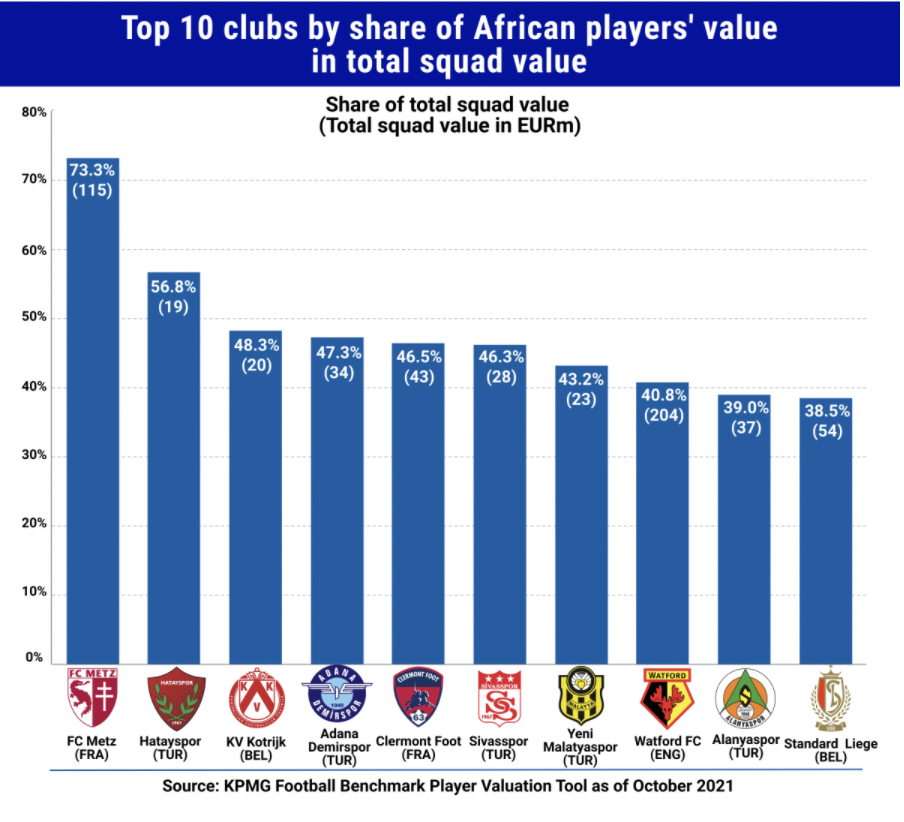 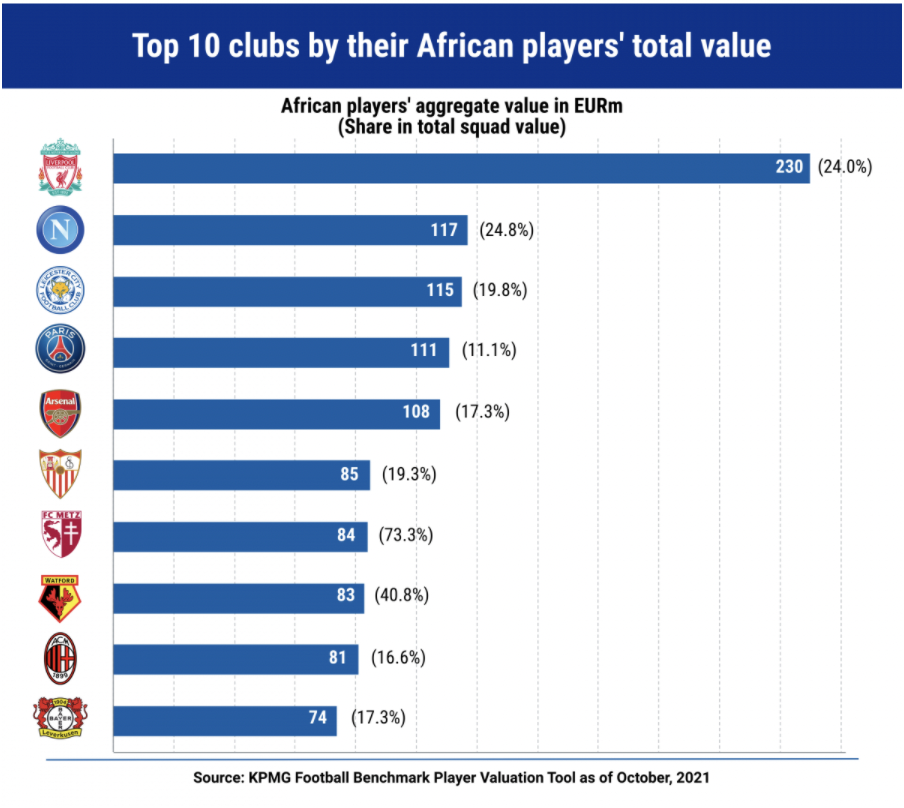 Miguel Borja scored in the fourth minute of stoppage time as Colombia came from behind to salvage a 2-2 draw with Argentina in CONMEBOL World Cup qualifying.Colombia substitute Borja produced a bullet header in the […]

In a one-sided night of football, France smashed Bulgaria 3-0 in their last friendly before Euro 2020.Black Lives Matter: Read more about the cause footballers are taking the knee forFor the vast majority of France’s […]