TOM ROGIC may finally have found a new home, it’s being reported.

The former Celtic fan favourite has been a free agent since leaving the Hoops after the expiration of his contract at the end of last season.

It was an emotional day at Parkhead as he was substituted off for the last time and leaving the pitch in tears. His future at that time was completely up in the air.

It wasn’t known where he would end up as a return to Australia was mooted as was a move to somewhere like Qatar or the MLS in America.

Rogic himself would soon rule out a return to his homeland and then a surprise move to Indonesia was also vetoed by the 29-year-old.

Then came reports that he would link up with one of his old Celtic managers, Neil Lennon, currently boss at Omonia Nicosia in Cyprus. 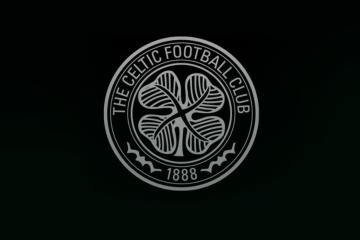 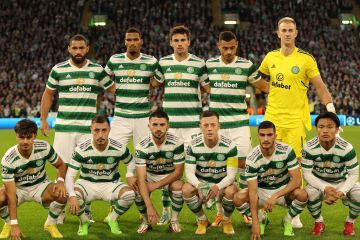 But that didn’t come to fruition either and there were even questions of whether Rogic would RETIRE.

Now, according to the Daily Telegraph, Rogic is expected to sign for English Championship side West Bromwich Albion.

The Telegraph’s John Percy reported on Twitter: “Former #Celtic midfielder Tom Rogic is in talks with #wba and expected to sign. Rogic is a free agent after leaving Celtic at the end of last season.”

During the summer as Rogic was without a club, Australia national team boss Graham Arnold raised concerns about the attacking midfielder because he hadn’t responded to a text message.

But Hoops gaffer Ange Postecoglou insisted there was nothing to worry about and alarm for the player’s welfare was over the top.

Rogic scored 46 times for Celtic in 273 games in all competitions over ten years with the Hoops.

He was prone to injury during his spell in Glasgow but perhaps equally prone to a wondergoal.

And incidentally in his final season at Celtic he set a personal record for the amount of games he played in.

West Brom are currently 16th in the Championship, with just one win in eight games.

Steve Bruce was hoping to lead the Baggies back to the Premier League but it’s been an underwhelming start to the season.

The Hawthorns side have only lost once but six draws have prevented them from looking like early promotion contenders.

[ad_1] Leigh Griffiths: Dundee set to decide on Celtic loanee’s future Calendar An icon of a desk calendar. Cancel An icon of a circle with a diagonal line across. Caret An icon of a block […]

[ad_1] Ange Postecoglou has arrived in Scotland to finally take over as Celtic manager, and the new Hoops boss insists he’s ‘super happy’ to finally bring an end to a hectic few weeks in his […]

[ad_1] ALLOA captain Andy Graham admits he will cherish every minute of today’s Scottish Cup visit of Celtic in case it is his last major game. The 38-year-old will also relay that message to the […]