By Adry Torres For Dailymail.com

At least four people were killed and 12 were injured after a building marquee collapsed over them while they were watching a parade in northeast Brazil on Sunday.

At the time of the incident, residents were enjoying festivities that marked the 94th anniversary of the emancipation of the city of Aliança.

Video footage showed a crowd standing in front of a store that was closed when the signboard crashed over them.

Four of the 12 who were injured have been discharged from local hospitals.

Revelers stand next to a store during a parade in Aliança, Brazil on Sunday moments before marquee crashed and fell on top of a group of people, killing four and injuring 12 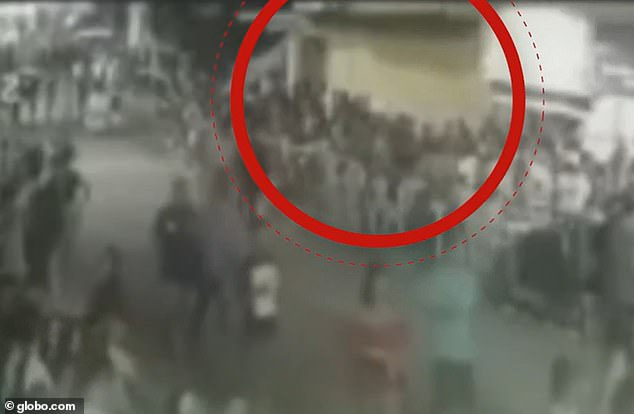 Authorities are looking into what caused a store marquee to loosen and fall off a building in Brazil on Sunday while residents were celebrating the 94th anniversary of the emancipation of the city of Aliança. The incident left four people dead and 12 others with injuries

Aliança Civil Defense coordinator, Armando Freitas, told Brazilian news outlet G1 that investigators were looking into what cause the marquee to fall off the building.

‘It was a tragedy. The business is still closed …,’ Freitas said. ‘The law says that it is the responsibility of the owner to cherish the good condition of the building.’

Freitas added that it is the owner’s responsibility to have the marquee inspected every three years. 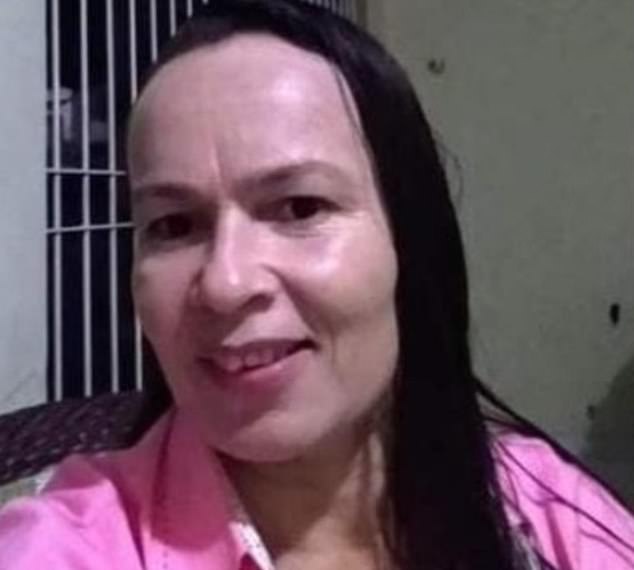 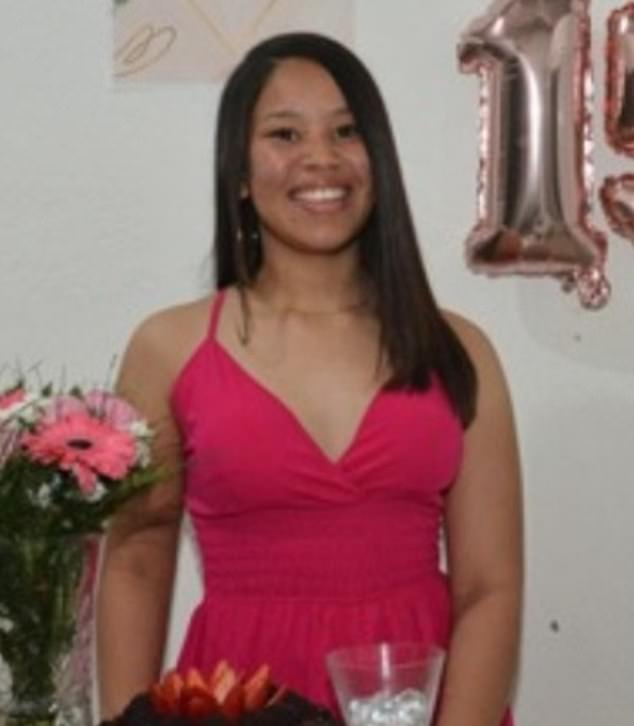 Beatriz Alves, 16, was one of two teenagers who died after the marquee of a Brazilian store fell on them

A grieving family identified the dead victims as Marli Alves, a 47-year-old housewife, and her 16-year-old niece, Beatriz Alves.

They joined other relatives in making the 90-minute drive from the Atlantic coast city of Recife to attend the annual parade in Aliança.

Carlos Alberto told the outlet that his cousins, Marli and Beatriz, were standing just 13 feet apart when the marquee crushed them.

Beatriz Alves was declared dead by paramedics at the scene. Marli Alves, a married mother-of-one, was rushed to a local hospital and died upon arriving.

The Aliança city government has cancelled the the remaining festivities that were on schedule.

While the Olympic boxing tournament was going on in Tokyo, on the outskirts of the city in Kashima, Brazil and Mexico threatened to go toe-to-toe in the soccer semifinal..In the end, no-one landed the knockout […]