This is the bizarre moment a drunk passenger destroyed a seat on an GOL Airlines airplane after he accused the crew members of sticking a needle in him after landing in Brazil. Video footage recorded by another passenger showed how the man repeatedly kicked the back of the seat with his bare feet. 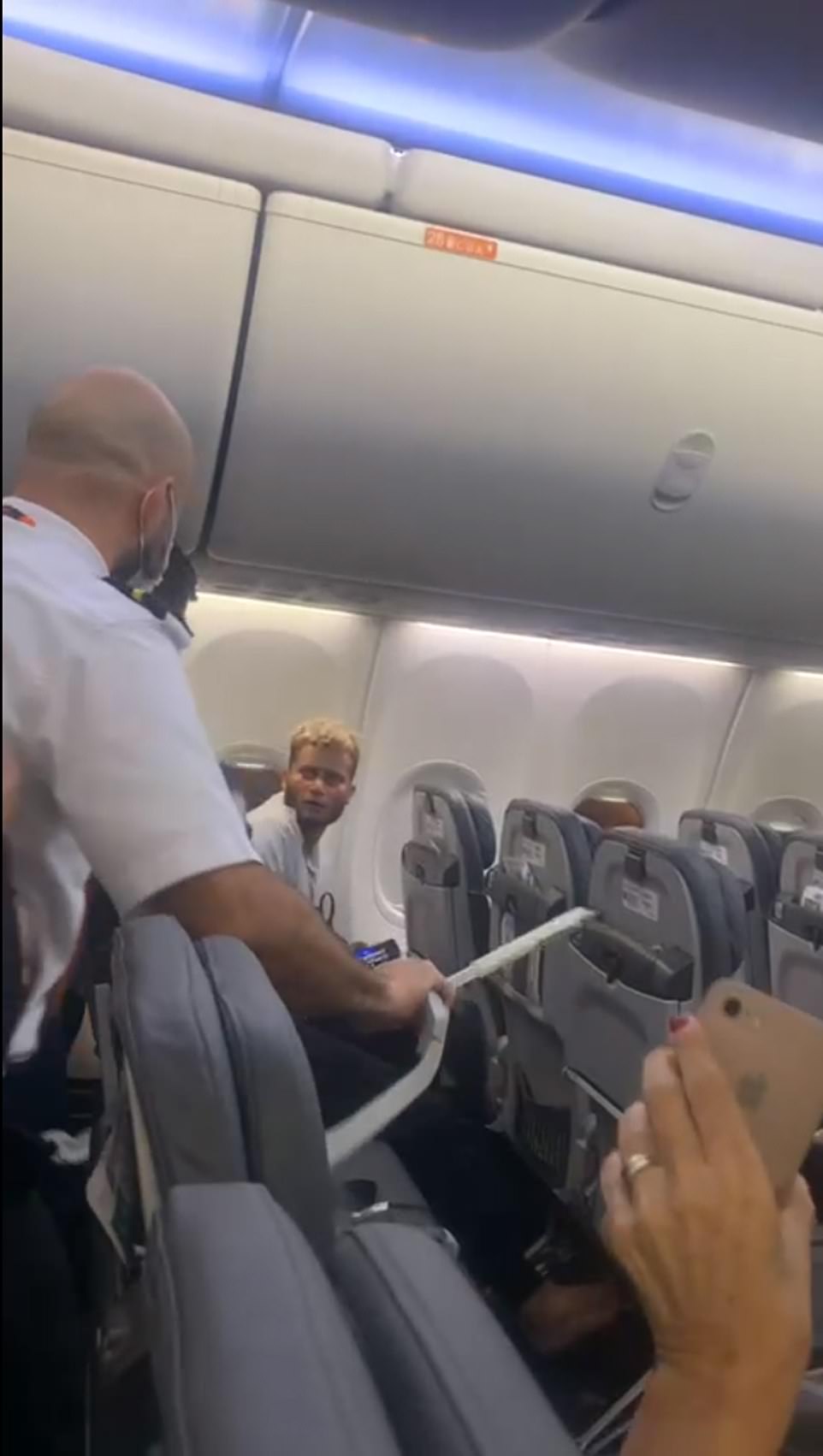 Police said the individual, a 34-year-old street vendor, allegedly had passed out for about 30 minutes as GOL Airlines flight 1556 descended before touching down at Recife/Guararapes International Airport on Sunday. 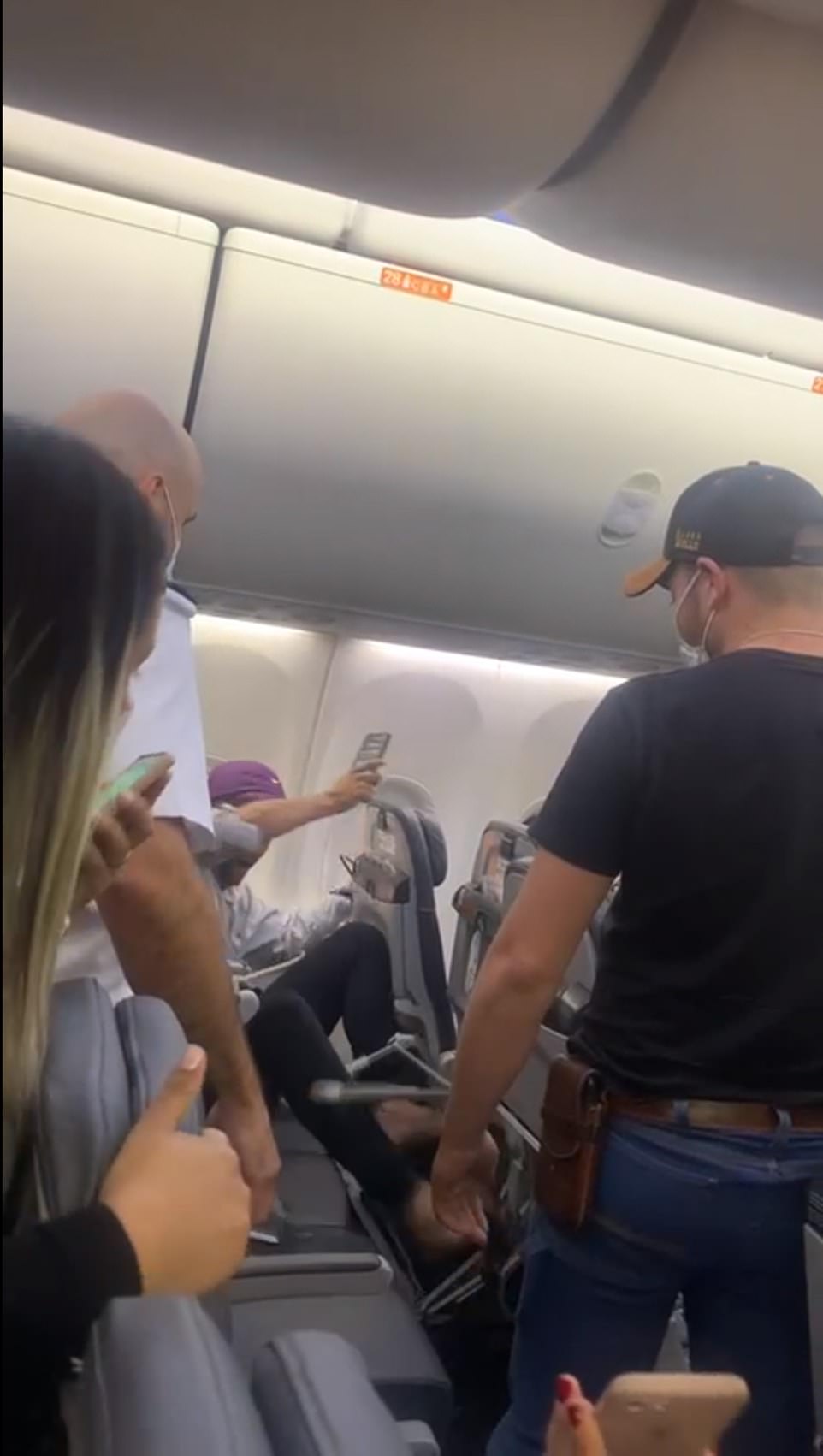 According to a transcript of WhatsApp messages sent by one of the customers on the flight that was obtained by aviation Twitter account, Aeroporto da Depressão, the man was feeling fine when he boarded the airplane in São Paulo. ‘The he started feeling sick, passed out and (was) foaming at the mouth,’ the passenger wrote. 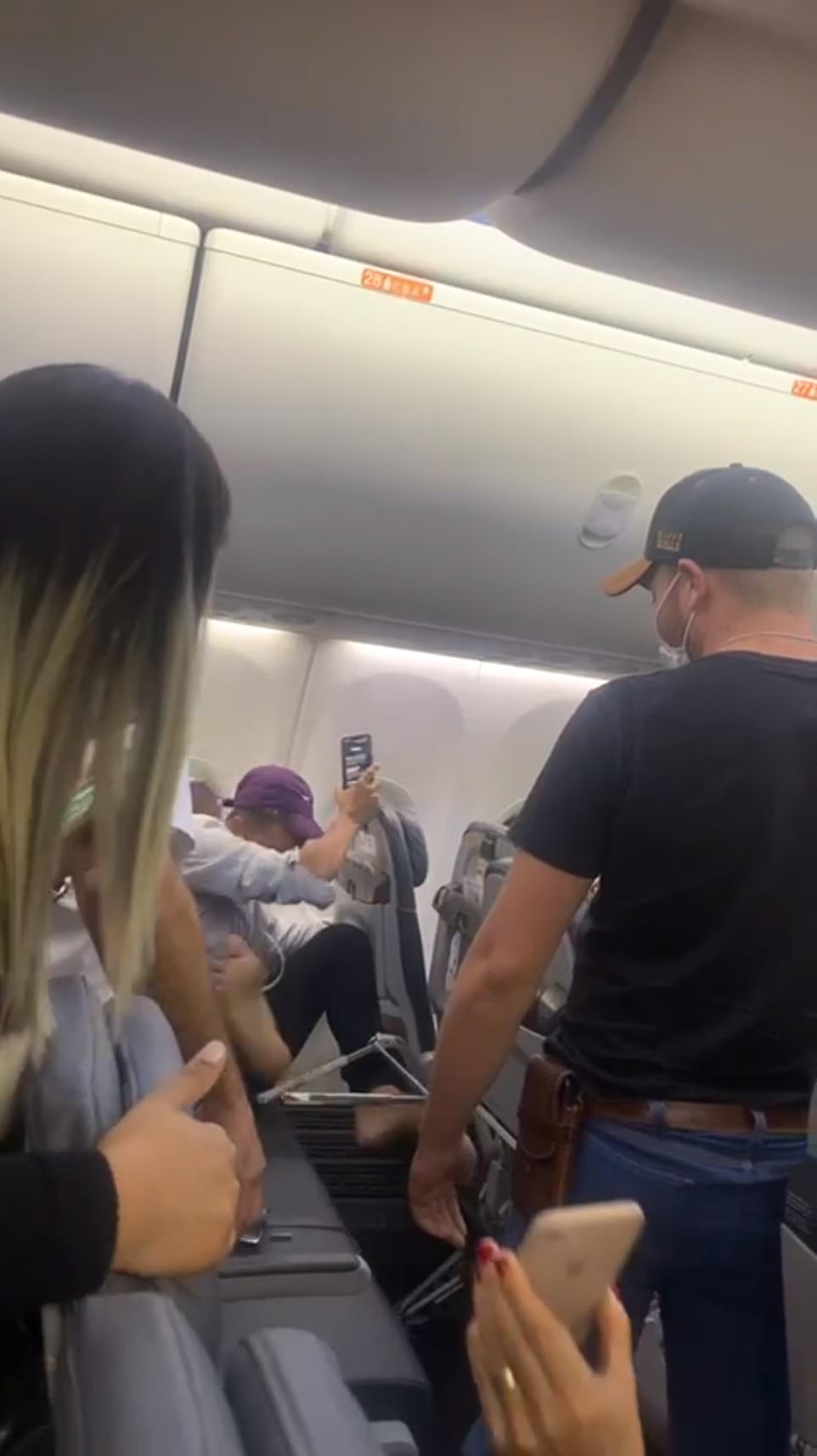 The flight attendants asked if any of the passengers were doctors before three of them stepped forward. ‘The doctors diagnosed (him) then (with) an alleged alcoholic coma and they decides to administer glucose,’ the passenger said. ‘They opened the kit, when they went to start, he woke up high. That’s why he screamed that they had stuck a needle in him.’ 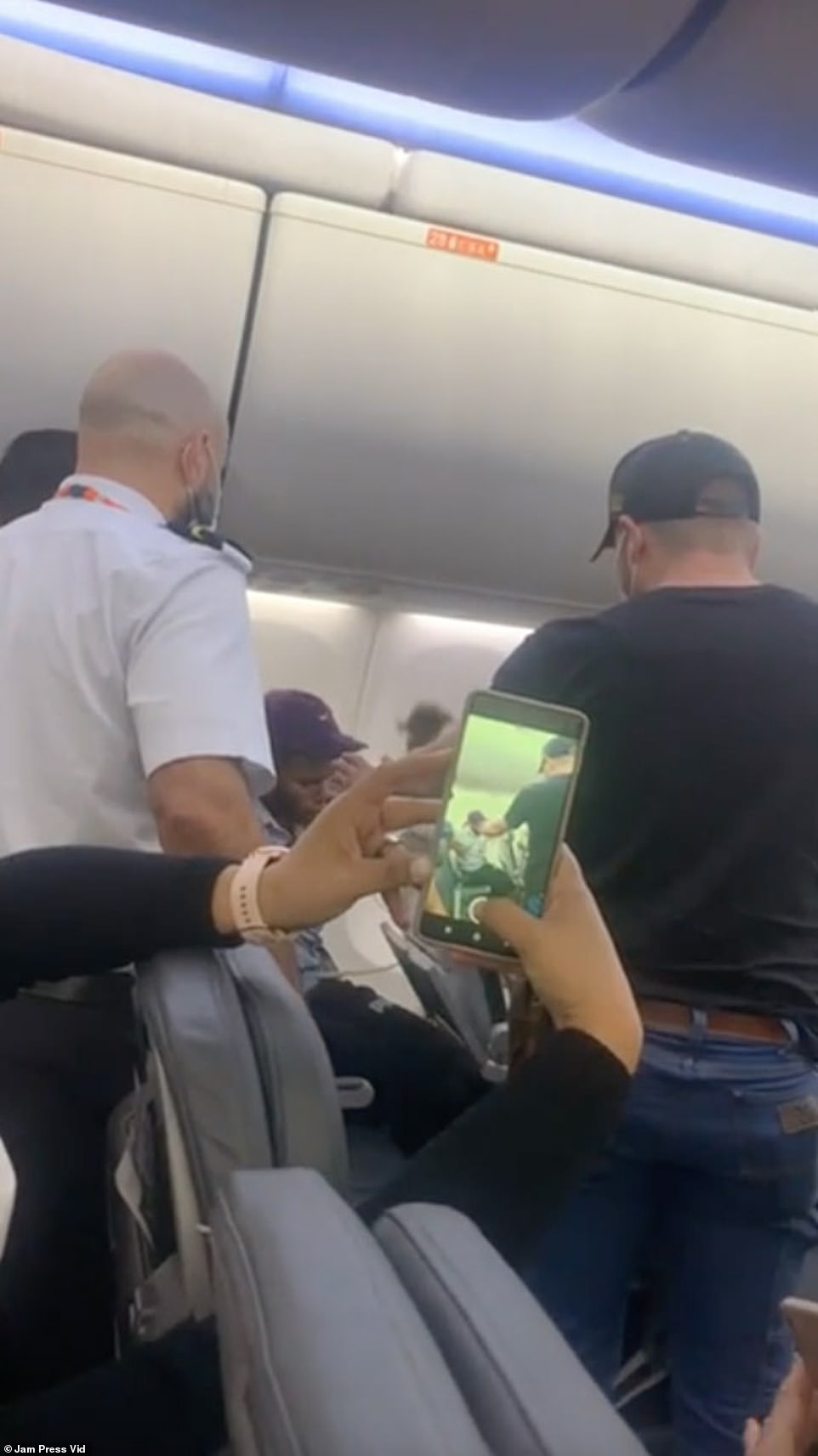 The cellphone video showed the irate man kicking the tray table apart as flight attendants and other customers looked on. GOL Airlines did not comment when asked by DailyMail.com why the flight attendants provided the glucose kit to the doctors. 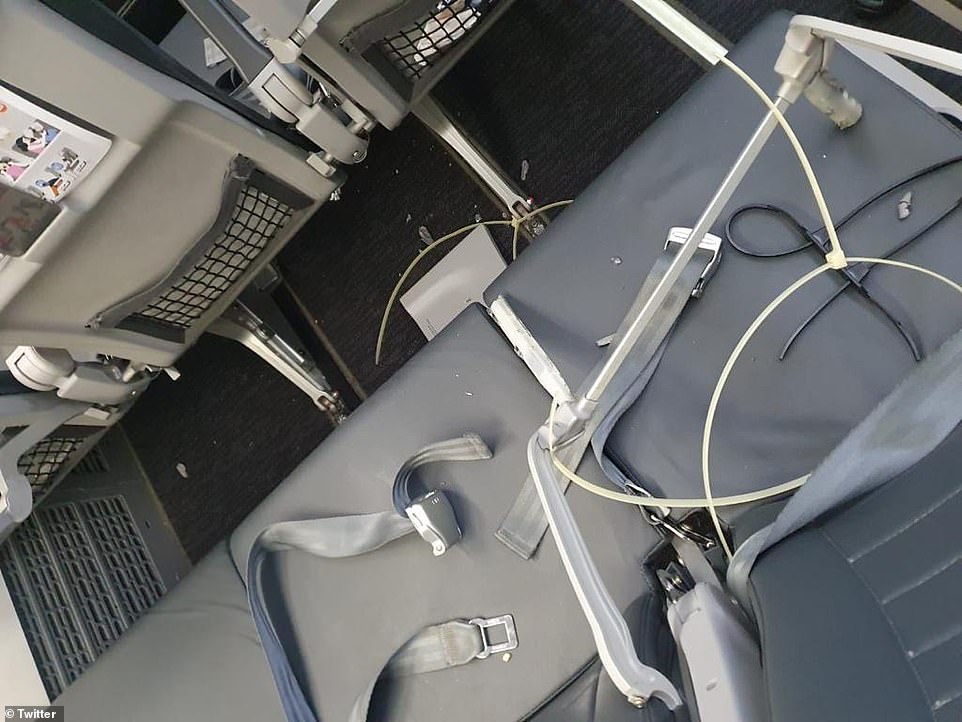 ‘All actions and procedures adopted by the company were taken with a focus on the safety of stewards and customers,” GOL Airlines said in statement. A separate video shows federal police attempting to defuse the situation before two passengers helped cops restrain the man. Pictured: The man’s destroyed airplane seat. 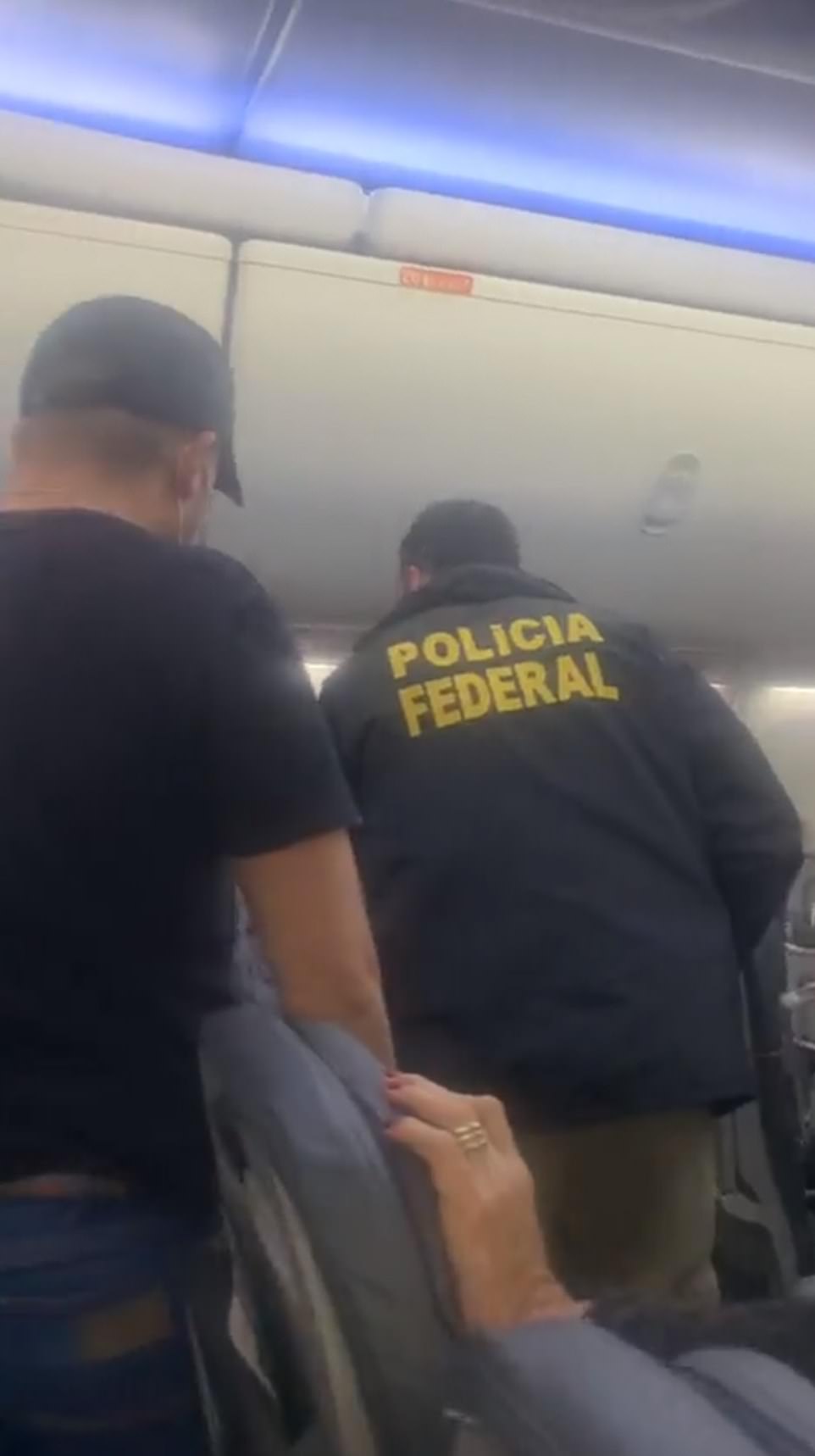 ‘The pilot of the aircraft made radio contact with the airline, requesting support after landing from the Federal Police for the compulsory disembarkation of the passenger and legal procedures,’ the police said in a statement obtained by Brazilian news outlet G1. 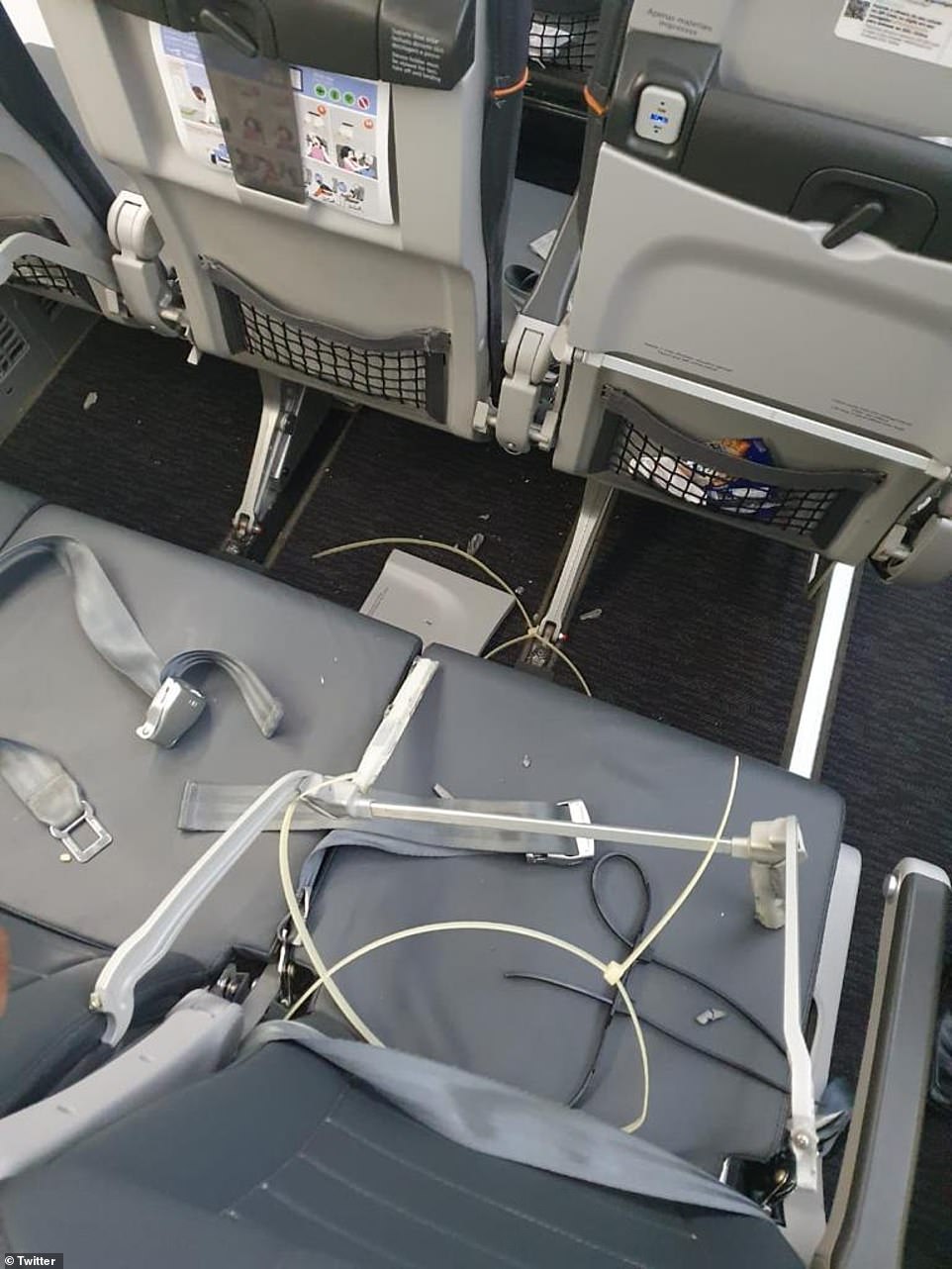 The man was taken a Federal Police headquarters in Recife where he was charged with damage, exposing an airplane to danger and preventing or hindering air navigation. He was released from police custody and could face between two to five years if he is convicted.

Miguel Borja scored in the fourth minute of stoppage time as Colombia came from behind to salvage a 2-2 draw with Argentina in CONMEBOL World Cup qualifying.Colombia substitute Borja produced a bullet header in the […]

Euro 2020 has well and truly begun and every match proving to be a blockbuster. The excitement levels are peaking as the final round of the group stages approaches.In one such fixture, North Macedonia will […]