It was a very even start to the first half with both teams having chances.

New Zealand had to wait until the 22nd minute mark before breaking the Solomons defence open.

Bill Tuiloma put NZ in the lead with a header from the back post following a corner. Tuiloma was left fairly unmarked and the Solomons will be kicking themselves for the somewhat poor defending.

Ten minutes later NZ got close again, actually having the ball in the net, but the referee blew for an attack on the goalkeeper when the cross came in.

Alwin Hou, who got a knock in the semi-final against PNG, where he scored twice, had to be substituted before half time after being in too much pain.

In the second half Wood drew a fabulous stop from Solomons goalkeeper Philip Mango five minutes into the half. But on the following corner Mango undid his great work.

The ball was swung in by Joe Bell and Mango wiffed at the ball when he came out to box it away, barely getting a touch on it and extending the balls path into the back of the net.

Wood wanted to get on the scoresheet yet again, and thought he had after 64 minutes, when he slotted the ball past Mango after a beautiful pass from Logan Rogerson, but Rogerson was deemed offside by VAR and the goal pulled back.

It was Tuiloma who would be the one to get a second goal, in the 69th minute. Once again from a set piece. Tuiloma soared above everyone else, yet again on the back post, and headed the ball down and into the net.

As the clock ticked into added time Matthew Garbett finalised the scoreline with a shot from just inside the box.

New Zealand will face the fourth best team from North America in the intercontinental playoff for a spot at Qatar 2022. That spot is currently held by Costa Rica, with one game to go. 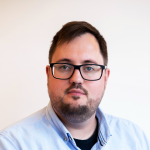 A passion for everything football and especially in Oceania. Owner of Football in Oceania.