One week after long jumping at the Müller Birmingham Diamond League, Katarina Johnson-Thompson will tackle her first heptathlon since her ill-fated Tokyo Olympics when she lines up at the Hypo-Meeting in Götzis this weekend (May 28-29).

The 29-year-old’s Olympic dreams ended in injury last summer and after making a tentative return to competition in March she did not finish the pentathlon at the World Indoor Championships in Belgrade, deciding to call time on her competition before the 800m.

However she is now building up for a defence of her world and Commonwealth titles this summer and will be looking to make her mark over seven events in the Austrian town on Saturday and Sunday.

Johnson-Thompson is now training under a new coach, Petros Kyprianou, based in Florida and she told AW in the spring: “I’m in that sort of phase where I’ve been through a lot and I want to enjoy what I do instead of feeling like I felt last year.

“This year, for sure, is about me enjoying it and getting back into it. Hopefully the performances will follow.”

Johnson-Thompson jumped a slightly wind-assisted 6.41m at the Diamond League in Birmingham but has also done a few more competitions in recent weeks in the United States.

She added: “I think Petros is the perfect sort of person for me now. I needed that motivation – as you were saying about karma and things not being fair – I needed that push to remind myself of the type of athlete I was.

“He was really good during the comp [in Serbia]. You don’t know if a relationship is going to work until you get into the thick of the competition, when you need them the most – and he was really good. I’m very happy that I experienced that and I can relax into [the World Championships in] Eugene, and not have to worry about what that’s going to be like. It was a big box ticked.”

Fellow Brit, Holly Mills, the European under-23 bronze medallist and World Indoors fourth-placer, will also look to continue her improvement.

READ MORE: The magic of Götzis

In the decathlon the Olympic and world indoor champion Damian Warner will be looking to win his sixth consecutive and seventh overall victory in Götzis after having set a Canadian record of 8995 at the venue last year before improving to 9018 in Tokyo. 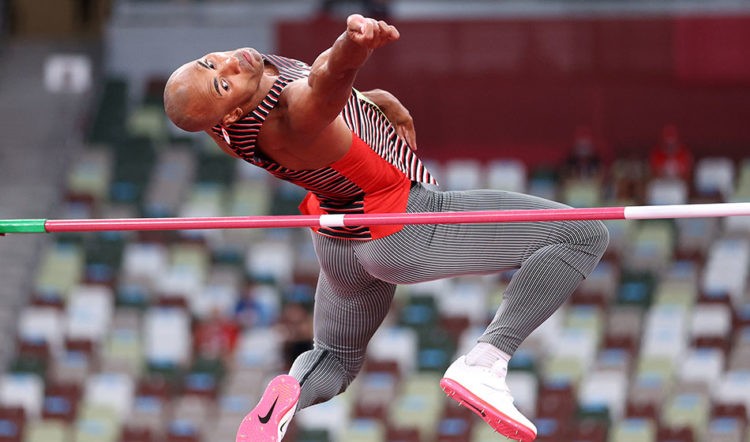 Simon Ehammer, the world indoor heptathlon silver medallist from Switzerland, will be looking to improve on his PB of 8354, whereas world champion Niklas Kaul, European champion Arthur Abele and Kai Kazmirek are among a number of top-class German entries.

World silver medallist Maicel Uibo of Estonia, Lindon Victor of Grenada and Pierce Lepage of Canada add to the quality.