By Kathryn Batte For Mailonline


Beth England says playing at Wembley for the Lionesses would be a ‘special moment’ after the disappointment of being left on the bench two years ago.

The Chelsea striker was an unused substitute for England’s 3-0 defeat by Germany in 2019 and is desperate for a chance to play for her country when they take on Northern Ireland at the national stadium on Saturday.

England is likely to start on the sidelines once again with Ellen White, who is three goals away from matching Kelly Smith’s all-time scoring record, expected to start up front. But the forward is hopeful this time she will be given a chance to make an impact. 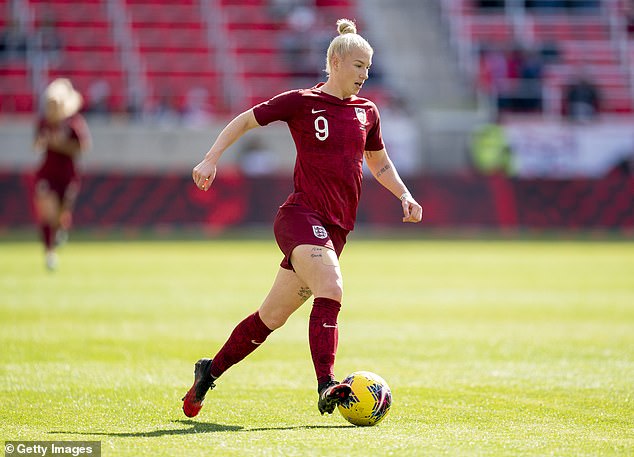 ‘It was a tough time last time we went there and played Germany,’ said England. ‘It was quite disheartening not to be able to get on the pitch but equally the team did the best they could at that time.

‘To be given a second chance to potentially be on that pitch on Saturday is really exciting for me. I’m always forever proud to wear the badge.

‘It’s very funny because everybody with my name England on the back being able to have England on an England shirt at Wembley where the home of football is, it would be a very special moment for me if I was able to get on the pitch.’ 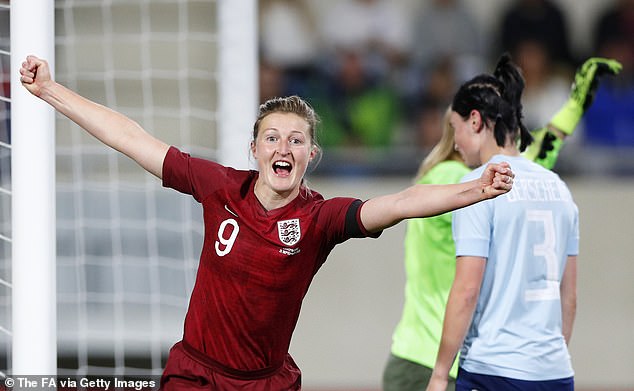 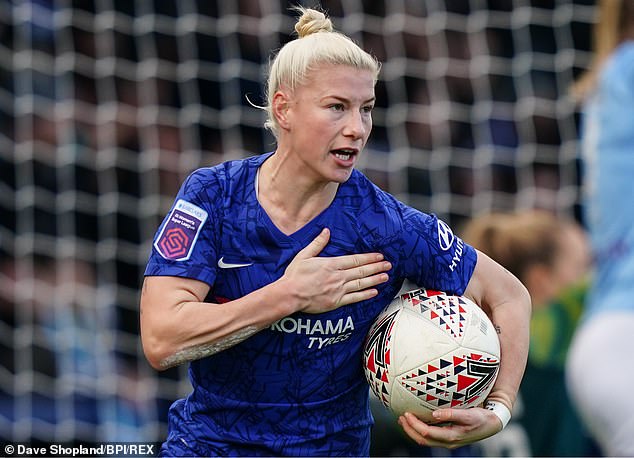 The likes of Sam Kerr, Pernille Harder and Fran Kirby have provided England with stiff competition at Chelsea and the forward believes that experience has prepared her well to compete with White at international level.

‘It’s no secret that our front line at Chelsea is a very difficult one to break into. We’ve got some exceptional players at the club and it’s great to be in and amongst these players every day.

‘Being able to train with such high quality players is always going to enhance anybody’s game. It is obviously tough, every player wants to be playing every single minute.

‘When you look here at the likes of Ellen and everything she’s achieved for England is phenomenal, for anyone to challenge that is really tough. All I can do is keep working hard, seeing which areas of my game I can improve on and when I get my chance, do my job.’

Jordan Henderson has laughed off criticism from Roy Keane after the former Manchester United captain questioned the midfielder’s involvement in England’s Euro 2020 squad.Henderson was selected in England’s 26-man squad but made his first appearance […]

Willie Donachie on how football and philosophy saved his life, how he dragged Manchester City back from oblivion and how he beat England at Wembley

May 29, 2021 c_admin Euro 2020, Football News, International Comments Off on Willie Donachie on how football and philosophy saved his life, how he dragged Manchester City back from oblivion and how he beat England at Wembley

Now, imagine Willie Donachie, Scotland’s classy left-back from the 1970s, with his head deep in that giant walloper of a novel – all 587,287 words – on the Manchester City team bus. “The very fact […]