Paige Bueckers and her UConn teammates met with the media yesterday and we learned a lot about where the Huskies’ star is at after suffering a torn ACL in a pick-up game last month.

The Wooden Award winner was in good spirits despite being set to miss all of the upcoming 2022-2023 season due to the injury and revealed her plans to return to the collegiate hardwood. You can see some of her remarks in full below:

Here are some of the highlights from what Bueckers said: 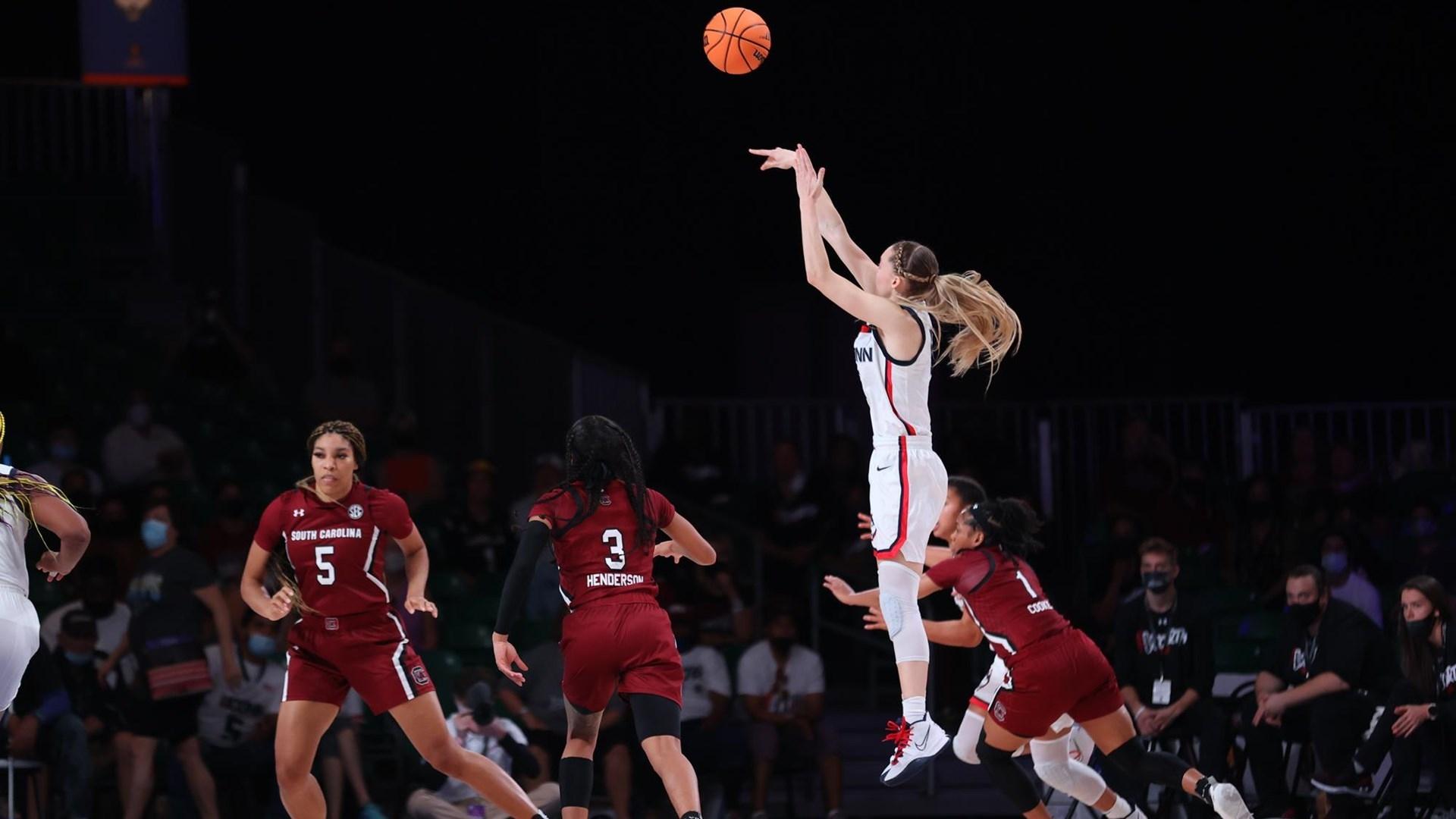 Paige Bueckers has dominated the hardwood during her time at UConn.

The basketball phenom led the Huskies to a national championship appearance in last year’s Final Four, ultimately falling to South Carolina 64-49 in the final. Her sophomore year, when she averaged close to 15 points per game, 4 rebounds and 3.9 assists, was limited to 17 games because of injury. This came after a monster freshman season, where she averaged 20.0 points, 4.9 rebounds and 5.8 assists, and was awarded a host of first-team honors and outstanding player accolades

Though she is aware of the unfinished business left in Storrs after last season’s championship game loss, she’ll have to watch the action from the sidelines this year when the Huskies’ season tips-off in November.

“Last year, we were the underdogs and we made it to the national championship game, so I think we play better and we do better with a chip on our shoulder. We have a lot to prove,” Bueckers said. “And I know a lot of people are already counting us out. So I’m excited. This team knows our potential. I know our potential, coach knows our potential, and we have really big things ahead of us. … I’m excited for them to show the world what we can do.”

Codi Childs is a graduate of Georgia State University and has been with Turner Sports since the summer of 2022. She covers a number of sports including FCS and FBS football.

On the first day of the college football season, Northwestern defeated Nebraska 31-28 at Aviva Stadium in Dublin, Ireland.

Here are some of the best highlights and notable college baseball moments from the 2022 MLB All-Stars.

College basketball teams with the most WNBA 1st-round draft picks

Connecticut leads all women’s college basketball programs with 25 players taken in the first round of the WNBA draft.