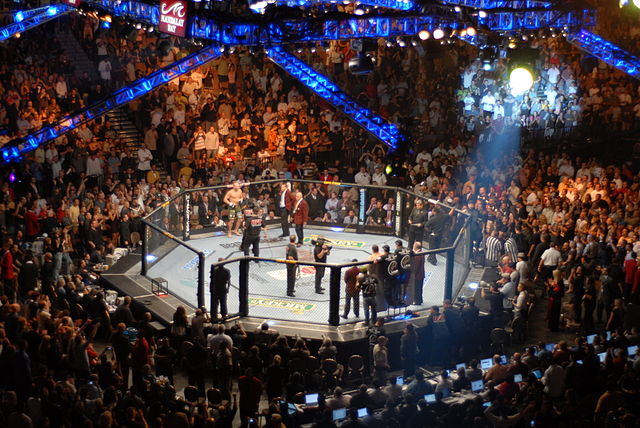 Tony Ferguson will take on Donald Cerrone in UFC 238 at the United Center in Chicago. The three-round lightweight bout takes place on June 8.

Ferguson returns to the Octagon on Saturday in the wake of a strained relationship with the UFC president Dana White, after White mocked his injury more than a year ago. El Cucuy got into a freak accident that forced him to withdraw from the fight against Khabib Nurmagomedov during UFC 223 event last year. White’s remarks did not go well with the fighter who has continued to express his disappointment.

Cerrone, on the other hand, comes into this fight with more energy, focus and determination as he has remained undefeated since the birth of his son.

The highly anticipated fight brings two highly skilled and talented fighters together who boast an impressive record. We take a look at the two fighters to analyze the factors that could determine the winner of the fight.

Tony Ferguson made his debut as a professional competitor in 2008. The 35-year-old has bagged 24 wins in his career and lost only three times. El Cucuy has won 11 fights by knockouts, eight by submissions and five by decisions. Ferguson has won all last 11 fights. He suffered the last loss six years ago, when he took on Michael Johnson at IZOD Centre. Ferguson proved he is a lethal fighter and should not be underestimated at any point.

Donald Cerrone has achieved 36 wins and lost 11 times in his career. Cowboy has won 10 fights by knockouts, 17 by submissions and nine via decisions. Cerrone has won four times in his last five fights. His last loss came in June last year, in a five-round bout against Leon Edwards in Singapore.

Cowboy defeated Al LaQuinta via a unanimous decision in his last fight in the UFC Fight Night 151 on May 4. The 36-year-old beat Nate Mohr at the Ring of Fire 21 in his first MMA professional fight in 2006, and made his UFC debut against Paul Kelly in 2011. Cerrone is currently fourth in the UFC lightweight division. He has a striking accuracy of 48 percent.

Will it be Donald Cerrone or Tony Ferguson?

Judging from the above data, the Saturday’s lightweight contest is expected to be tougher than ever. Both fighters have almost equal ability and the result of this bout is difficult to predict for the boxing experts and fans.

Ferguson has enjoyed a six-year winning streak beating some of the toughest opponents in the process. With a striking accuracy of 45 percent, El Cucuy could easily prove that he is the king of the Octagon.

However, just like Ferguson, Cerrone also appears to have improved in his ability. The three straight win record for Cowboy makes him a tough and unpredictable opponent. The clash at United Centre may be a surprise for the fans of both fighters.

Ferguson is the favorite to win

Most boxing pundits have thrown their weight behind Ferguson’s win and I agree with them. The fact that Ferguson is currently ranked second, having won all of his last 11 fights, makes him a stronger contender, as opposed to Cerrone who lost four times in a similar number of fights. However, Cerrone’s experience could pose a challenge for El Cucuy since Cowboy has participated in more fights in his career.

A knockout is highly unlikely

Though both players are knockout masters, it is highly unlikely that this fight will be determined by knockout. We should expect a win by either submission or decision. Regardless of who wins, we expect a difficult bout during the fight night.