Playing together for the first time, Top 30 singles stars Alex de Minaur and Frances Tiafoe scored a big doubles upset on Tuesday at the Citi Open.

The Australian-American pair knocked off top seeds Rajeev Ram and Horacio Zeballos 6-4, 1-6, 10-2 to advance to the quarter-finals at the Washington ATP 500 event. With the defeat, Ram loses out on an opportunity to overtake his full-time partner Joe Salisbury at No. 1 in the Pepperstone ATP Doubles Rankings.

De Minaur/Tiafoe struck late in the opening set but quickly lost the second after failing to convert from 15/40 at 0-2 down on return. But they used runs of four and five straight points to dominate the Match Tie-break.

The new-look pair advances to face Mackenzie McDonald and Botic van de Zandschulp, who advanced past Ilya Ivashka and Andrey Rublev 6-4, 6-7(5), 10-8 on Monday.

The fourth seeds, who advanced to the final in Newport together last month, saved all three break points they faced to triumph after one hour and 36 minutes. They will next play Treat Huey and Steve Johnson.

Top seeds Santiago Gonzalez and Andres Molteni started their quest for a third tour-level title of the season by overcoming Radu Albot and Ricardas Berankis 2-6, 6-2, 10-6 in 67 minutes. 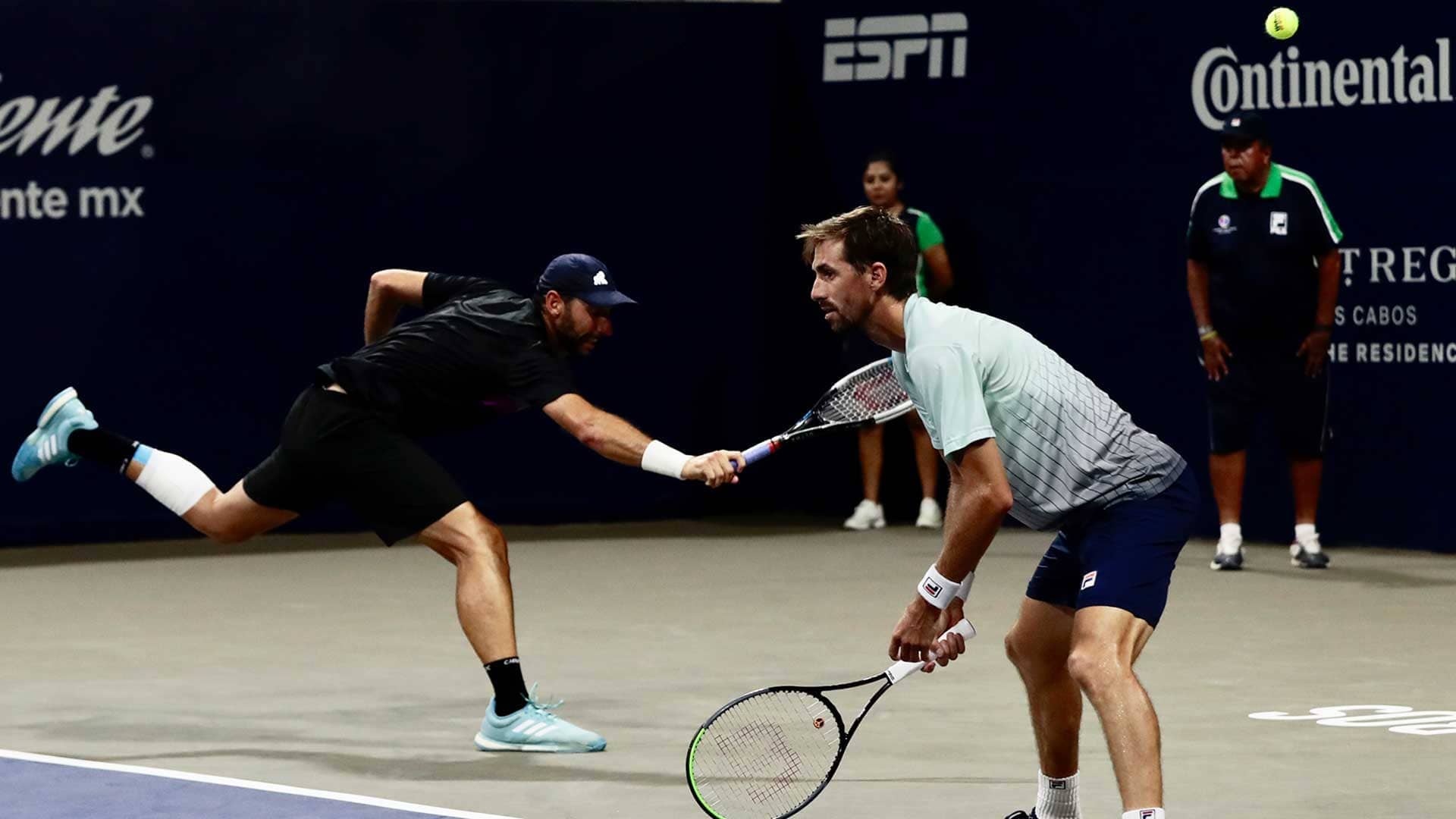 Photo Credit: Mextenis
The Mexican-Argentine tandem holds a strong record in South America, having lifted trophies in Cordoba and Buenos Aires earlier this year. They will next face Nicolas Barrientos and Miguel Angel Reyes-Varela after the Colombian-Mexican team eliminated Max Jacob Schnur and John-Patrick Smith 6-4, 7-6(5).