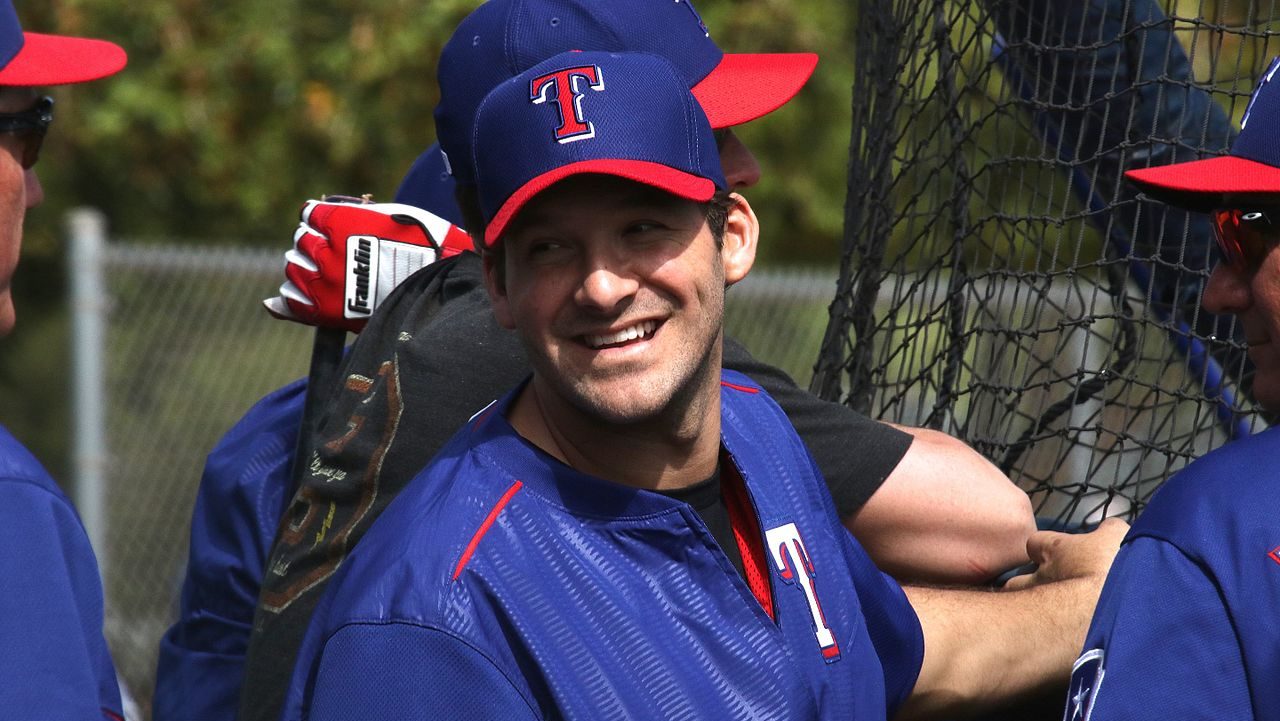 Tony Romo defended his title at the 2019 American Century Championship at Edgewood Tahoe Golf Course in Nevada. The 30th edition of the event brought together sports and entertainment celebrities for five days of golf.

The 2019 American Century Championship ended on Sunday, with the defending champion Tony Romo emerging as the winner. Romo closed with a 2-over 74 and scored 20 points to finish at 71 at Edgewood Tahoe Golf Course in Stateline, Nevada.

The five-day event, which began on July 14, brought a number of well-known celebrities from various fields including the sports and entertainment industries. The stars battled it out for the total purse worth $600,000. The tournament’s winner, Romo, donated his $125,000 prize money to Stowers Institute for Medical Research, an official tournament charity.

Tony Romo began the 30th edition of the American Century Championship with a first-round lead after he shot a 2-under 70 to score 26 points. On Saturday, the former Dallas Cowboys quarterback and current NFL analyst on CBS increased his lead after shooting a  2-under 70 and scored 25 points for a total of 51 before cementing his win on Sunday.

The 39-year-old Wisconsin-born star has played two PGA events this year but missed the cut on both tournaments.

During last year’s edition, Romo earned a total of 71 points through three rounds in the Modified Stableford scoring format to take the first prize ahead of former MLB pitcher Mark Mulder, who finished with a total score of 61.

Golden State Warriors point guard Stephen Curry had a slow start after he finished 12th in the 1st round of the tournament with 15 points. Before Sunday’s final, the 31-year-old six-time NBA All-Star was standing at position 14 having scored 30 points.

Curry then tied with former NHL Center Jeremy Roenick at seventh with a total score of 50 points during last weekend’s finals. The Warriors star had finished at the fourth place twice in the past editions.

However, all was not lost for Curry after he won an annual bet against his father Dell Curry who finished with 40 points. His father would now have to sing karaoke after the loss and the basketball star would choose the outfit and the song for his father.

Mark Mulder won the American Century Championship in three consecutive years, in 2015, 2016 and 2017. During his last win in the 2017 tournament, Mulder finished with a total of 73 points.

This year, Mulder finished second in the leaderboard after getting a total score of 61 points in the tournament. The former MLB pitcher scored 73 points in round 1 before garnering 74 and 72 points in the second and third rounds, respectively.

Other scores in the 2019 American Century Championship

Case Keenum closed the top five with 54 points and was followed closely by Jeremy Roenick who had an even score with Stephen Curry at 50 points.

(Featured image by Mike LaChance via Wikimedia Commons. CC BY 2.0)