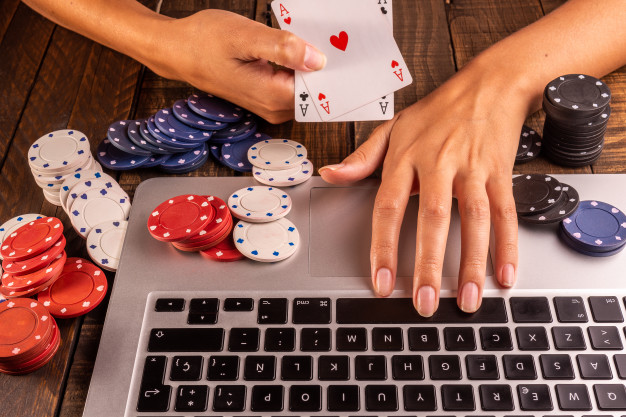 In North America, online poker is in a tumultuous state. In the States of America, it is a hodgepodge of laws, bans, compacts, and individualist industries. When you go to Canada, it is completely different – except for one province. Just what is the state of online poker in North America? It is one that is cloudy, at best.

Who Has the Biggest Player Pool?

If you look at it strictly by the size of player pools, then one compact in the U. S. has control, but just barely. The WSOP/888 partnership between Nevada, New Jersey, and Delaware’s online poker operations has pushed them to the top of the PokerScout charts. Through a look at the seven-day average of cash game players – the metric used to rank the rooms because it is more indicative of players staying on a site to take part in the action – the edge of the WSOP/888 combo isn’t as large as you might think.

According to PokerScout, WSOP/888 and its three-state compact have 260 players on a seven-day average. This places that outlet over a newcomer to the chart, the newly enacted online gaming industry in Ontario. PokerStars Ontario is building up to try to pass WSOP/888, currently sitting in second place with their 220 players average. That pops them ahead of PokerStars Pennsylvania, who garner 200 players on average over a seven-day period.

Another Ontario entry takes down the fourth place slot on the North American online poker scene. BetMGM Ontario has a seven-day average of 190 players, good enough to push them ahead of PokerStars Michigan (130 average). It gets a bit dismal after that point, with two entities in partypoker New Jersey (95 players average) and PokerStars New Jersey (90 players average) not able to crack the 100-player mark. The Top Ten is rounded out by BetMGM Michigan (90 players), WSOP Pennsylvania (65 players), and WSOP Michigan (60 players).

Don’t get excited about the numbers out of the North American online poker operations, because they lag WAY behind those of the top companies in the business.

For the past year, GGPoker has sat atop the mountain when it comes to the international poker community. With a seven-day average of 6400 players, they are untouched as the top player in the game. It becomes even more evident when you look at their peak online numbers; with roughly 308,000 players total, it is almost five times what the second-place contender has.

That second-place contender is the longtime former #1 in the online poker industry, PokerStars. Because of segmentation of the international market by regulations in different countries, PokerStars’ once dominant edge in the poker world has been significantly diminished. At one point, PokerStars had 10,000-plus players for their seven-day average – now, they eke out a 3200-player average.

Perhaps the biggest mystery in the world of poker is the third largest online poker operation in the industry. IDNPoker takes that honor, but few in the Western Hemisphere would know about the company. The reason? They predominantly serve the Asian market, from China to the Philippines. Their seven-day average shows that IDNPoker is a force, however – 2300 players cannot be wrong.

Rounding out the Top Five in the international community are a couple of familiar names. Winamax’s French centric outlet remains extremely popular, generating 1200 players average over seven days. Meanwhile, PokerStars European outlet (covering those countries not ring-fenced) is right behind Winamax with a 1150 player seven-day average.

If Only North America Was One…

It is sad to think just how the international online poker industry would be impacted if the entirety of the Americas could be combined. Naturally, there would be some overlap, but simply a combo of PokerStars’ operations in Canada and the U. S. would be nearly 700 players strong. That would be good enough to be the eighth largest poker operation in the industry.

For WSOP/888, it would be similar. Combining their operations in Canada and the States, the WSOP/888 numbers would be near 400 players. That would be good enough to be in the Top 20. It does lead one to wonder just “what if?” governments in the Americas – and perhaps around the world – would simply allow for the online gaming industry to thrive rather than shrivel.