Phil Keen has said the hard work the whole WPI Motorsport squad has been putting in over the 2021 Intelligent Money British GT Championship season has started to pay off as he, and team-mate Michael Igoe, stormed to pole position at Donington Park.

Setting a new lap record around the East Midlands circuit, Keen admitted he didn’t know where his lap time – a 1m26.093sec – had come from and indeed, why the circuit has been giving drivers up and down the field such rapid times from the opening minutes of Saturday’s Free Practice One.

“The circuit has been really fast all weekend, I’m not sure why. I don’t know where that [lap time] came from to be honest, I was quite shocked! But like I said, it’s been quick all weekend. I was expecting a low 1m26sec, but not a 26 dead,” he said.

Still in his first season with the WPI team, having moved across from the Barwell Motorsport squad in the winter, Keen has utilised his vast experience driving Lamborghinis – both in Britain and as a factory driver for the marque in GT World Challenge Europe – to help to keep developing the team.

The pair have taken two wins together this year – adding to Igoe’s triumph at Donington last year with Andrea Caldarelli – but this is their first pole position together.

For Keen, storming to the top spot has demonstrated just how much the team has come on. He explained: “The team worked really hard over the year with Lamborghini and I think all the hard work is starting to pay off. We always said it was a two-year project and it’s nice finally at the last round to get on top of everything.”

Starting on the front-row for tomorrow’s season-closing two-hour race, he was also quick to pay testament to Igoe who has become arguably one of the benchmark Am drivers in the championship this season.

He said: “Michael has come on leaps and bounds over the year and like I said before, we’ve worked really hard over the year and all the hard work is starting to pay off. Fingers crossed we can have a good race and take this momentum into 2022.” 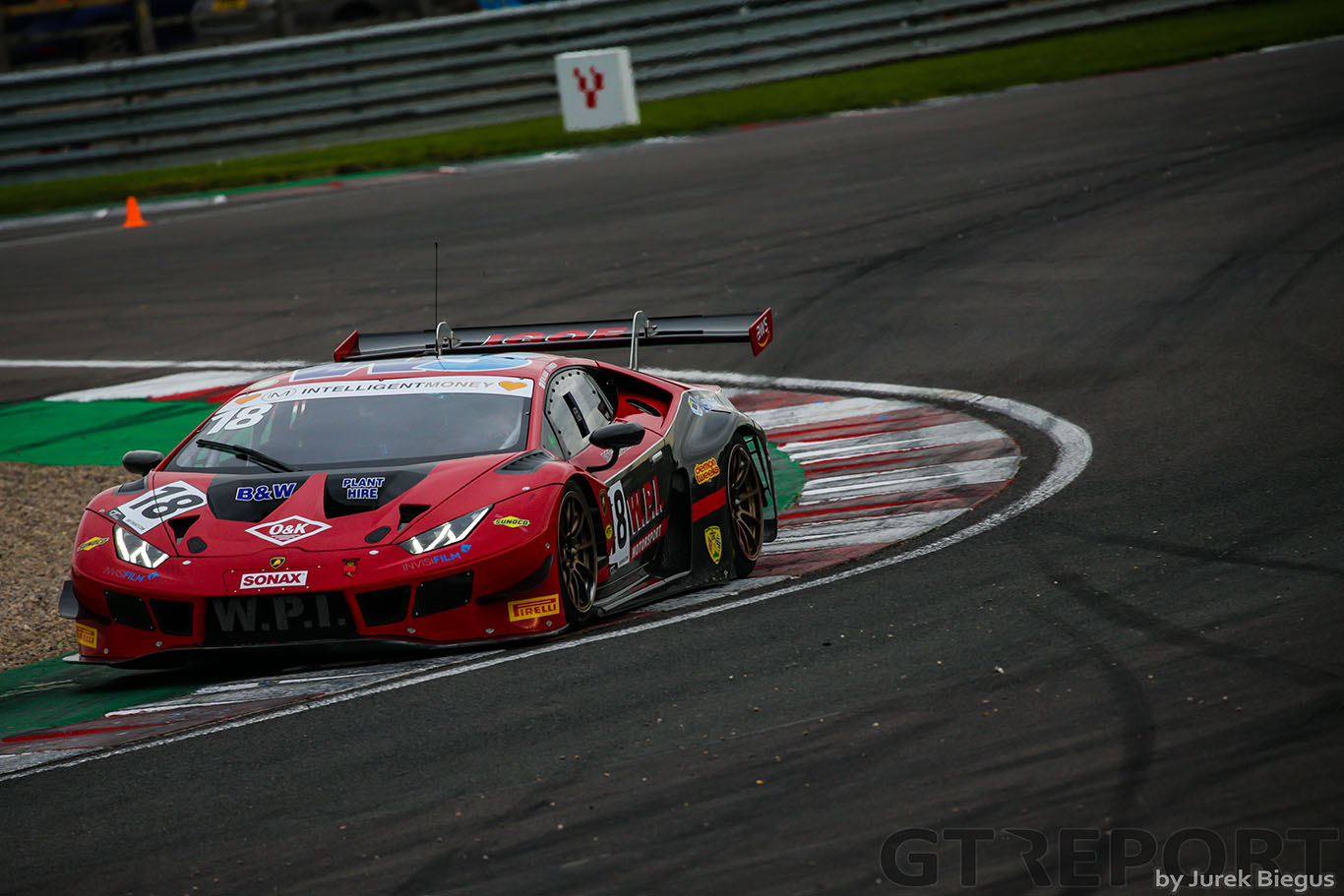 IF YOU ENJOYED THIS ARTICLE, PLEASE CONSIDER MAKING A DONATION TO KEEP THE WEBSITE RUNNING AND ALLOW THE GT REPORT TEAM TO CONTINUE TO BRING YOU EXCLUSIVE CONTENT.

NEW PRINTS AND CANVAS AVAILABLE IN OUR SHOP: