If there’s one thing we can all remember from Game of Thrones small council meetings, it’s that they were always absolute snake pits.

Remember the constant scheming of Lord Varys, aka The Spider? Remember the gleeful backstabbing of Lord Baelish, also known as Littlefinger, who uttered the famous line, “Chaos is a ladder?”

Well, we’re only one episode into House of the Dragon, HBO’s Game of Thrones prequel set 200 years in the past — and it already looks like we’ve found our contender for biggest snake.

First of all, it’s worth noting that the sneakiest characters are the ones who don’t wear their sneaking on their sleeves. In Game of Thrones, Tyrion famously caught Grand Maester Pycelle in the act of passing on private information by feeding Pycelle, Varys, and Baelish each a different story, and seeing which version got passed on to his sister Cersei. He caught the Grand Master in the act because, unlike Varys and Baelish, Pycelle wasn’t very good at hiding his true colours.

In House of the Dragon episode 1, it seems obvious who the sneaky character is going to be: King Viserys’ (Paddy Considine) brother, Prince Daemon (Matt Smith), who can at one point be seen literally spying on the small council while they talk about him, and who seems to have pretty clear ambitions for the Iron Throne.

But is he really the Lord Varys or Lord Baelish of this story? Heck no!

That title, at least if the first episode is anything to go by, appears to belong to Ser Otto Hightower (Rhys Ifans), the King’s Hand.

Let’s look at the evidence, shall we? First, it’s pretty clear that in the King’s eyes at least, Hightower can do no wrong. During an argument with his brother, Viserys refers to Hightower as “an unwavering and loyal hand,” before declaring, “Otto Hightower is a more honourable man than you could ever be.”

Is this really true, though? First of all, there’s the way Hightower gleefully snitches on Daemon. The King’s brother is persuaded into making a mock speech at a brothel, which prompts him to say some (admittedly terrible) things that ultimately lead to Daemon’s dismissal from King’s Landing. Hightower is the one to report these things to the King, courtesy of information he’s received from “three separate witnesses”. Sounds like the kind of thing Lord Varys would have done in Game of Thrones, doesn’t it?

Much worse, though, is what Hightower does a little earlier in the episode, inviting his upset daughter Alicent (Emily Carey) to his chambers before telling her to go to the King to “offer him comfort” for the recent loss of his wife and son.

“He’ll be glad of a visit,” says Hightower, before creepily adding, “You might wear one of your mother’s dresses.” 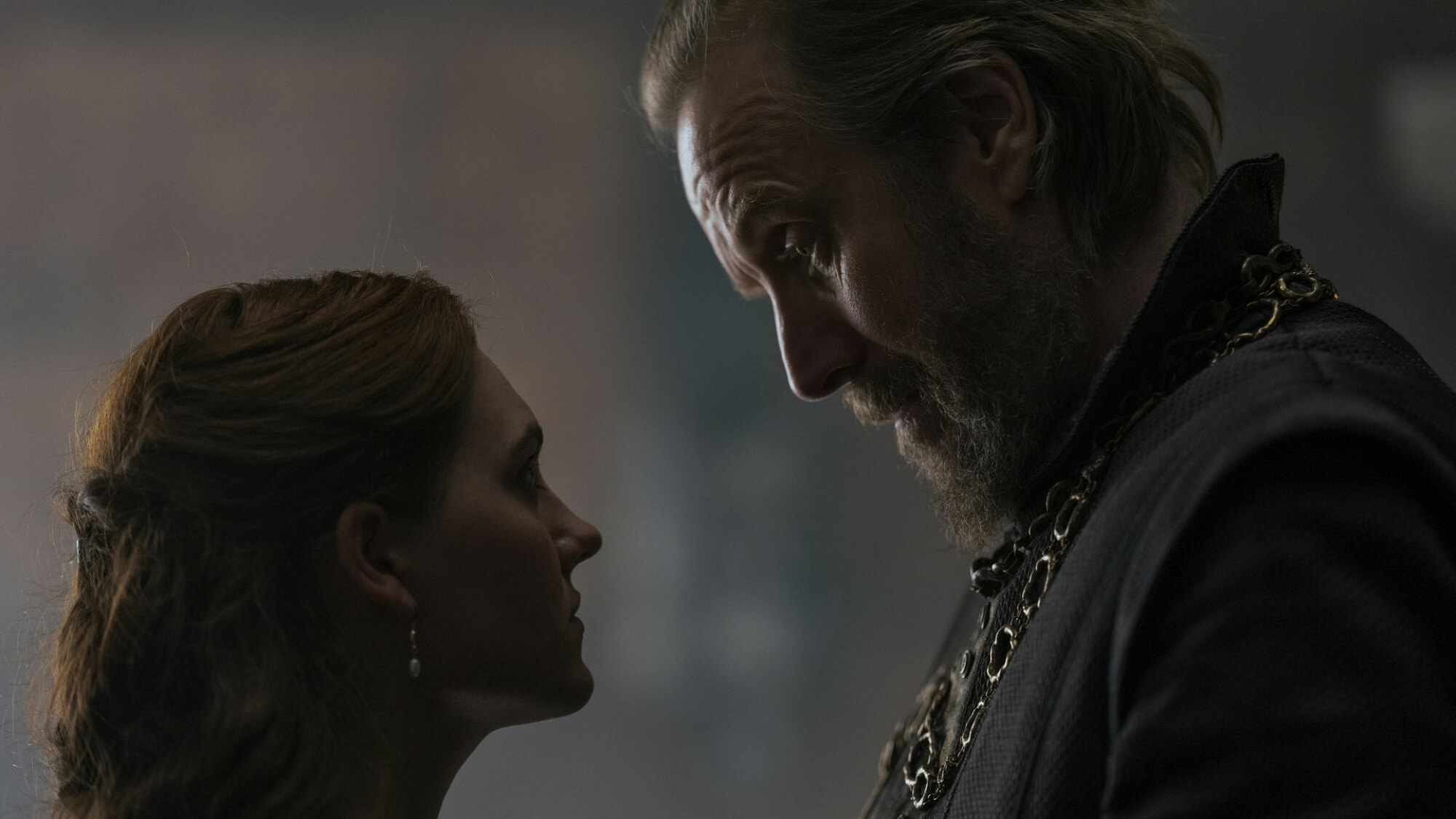 So to summarise, in the space of one episode, Otto Hightower manages to remove his biggest rival from King’s Landing while also attempting to firm up his allegiance to the King by using his own daughter as a pawn.

“A second son who stands to inherit nothing he doesn’t seize for himself,” is how Daemon describes Hightower earlier in the episode.

Judging by the evidence at hand, doesn’t he have a point?

New House of the Dragon episodes are available every Sunday on HBO and HBO Max.(opens in a new tab)