Chelsea boss Thomas Tuchel has, on Friday, provided an update on the future of on-loan midfielder Ruben Loftus-Cheek.

RLC has of course endured another hit and miss campaign to date.

The 25-year-old was actually handed a start by Frank Lampard in Chelsea’s opening game of the season, but lasted just an hour, before not taking to the pitch again for over a month.

In turn, it didn’t come as a major surprise when another loan departure was sanctioned, with Loftus-Cheek having linked up with Fulham in October, on the back of the club’s top-flight return.

The months since, meanwhile, have seen the versatile midfielder play an important role for Scott Parker’s men, en route to 27 Premier League appearances.

LONDON, ENGLAND – APRIL 18: Ruben Loftus-Cheek of Fulham in action during the Premier League match between Arsenal and Fulham at Emirates Stadium on April 18, 2021 in London, England. Sporting stadiums around the UK remain under strict restrictions due to the Coronavirus Pandemic as Government social distancing laws prohibit fans inside venues resulting in games being played behind closed doors. (Photo by Julian Finney/Getty Images)

All told, though, Loftus-Cheek simply hasn’t managed to hit the lofty heights expected of him at Craven Cottage.

The Chelsea loanee has notched just a solitary goal across all competitions, whilst failing to chip in with a single assist.

In turn, with Fulham looking destined for a swift return to the Championship, RLC is expected to be on the move once again in the summer.

As things stand, though, it remains altogether unclear whether rival Premier League clubs, or those across the continent, have been sufficiently impressed by the English international to sanction a summer swoop.

Loftus-Cheek therefore looks primed to return to Stamford Bridge, where he will of course be greeted by a new manager – Thomas Tuchel.

In turn, during a press conference on Friday, Tuchel was quizzed on whether he has yet drawn out plans for the on-loan midfielder ahead of next season.

And the Blues boss, after first admitting that a decision is yet to be made regarding Loftus-Cheek’s future, went on to suggest that a place in his squad for the 2021/22 campaign cannot be ruled out:

‘It’s not decided yet. I was quite a fan of him when he was even younger when he came up from the academy. With his style of play and his movements, he reminded me a bit of Michael Ballack.’

‘There were transfer links with him all the time, even with a move to Germany, so we were well aware of him and of his talent. I don’t know why things did not work out like he and everybody wished, but he’s on loan now and he’s doing good.’

‘It would absolutely be unfair if I judged him from TV or what people say about him. Normally, I love to work with players and give my opinion from a direct impression. This is what I don’t have.’

Mason Mount has been named in FIFA 21’s TOTS. Take a look at his… 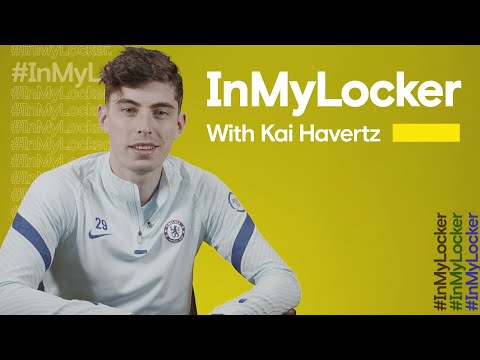 “You Cannot Compare Him With Me, I Am On Another Level” | In My Locker with Kai Havertz