It was a resounding 4-0 win for the Junior Matildas yesterday, beating the Philippines in their opening match of Group B.  The 2022 AFF U18 Women’s Championship is currently being held in Indonesia.

More Australian football news can be found on FTBL.

Australia’s U17 team took to the field for the opening match against the Philippines at the Jakabaring Athletic Field in Palembang, Indonesia.  It was a pressure filled first half for the Filipinas, who fought off several Australian attacks.

The Junior Matildas were able to break the deadlock in the 26th minute, when midfielder Avaani Prakash, found the back of the net.  She would double her effort in the 62nd minute, getting a brace and making it 2-0.

This was followed by two more goals from striker India Breier and midfielder Maya Lobo for final score of 4-0.  Australia is now top of Group B after this first round, which saw the other group game finish 2-0 in favour of Myanmar.

FULL TIME | Australia open their AFF U18 Womenâ€™s Championship 2022 campaign with a 4-0 win over the Philippines!

The young Australians will next play Malaysia tomorrow followed by Myanmar on Friday.  The top two teams from this group will progress to the semi finals.


‘They are building towards something special’: Mastrantonio on her return to Perth Glory

Perth Glory has added a maestro to their impressive band of players. Midfielder Ella Mastrantonio has returned home to Western Australia after two years in England and Italy.
She talks to The Women’s Game about her homecoming and what she learned in Europe. 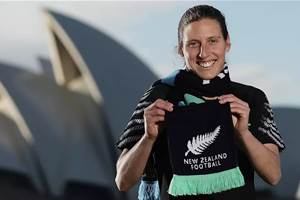 Rebekah Stott has penned a two-year deal with FA Women’s Super League’s Brighton & Hove Albion, after she was forced to leave the club in 2020 after being diagnosed with cancer. 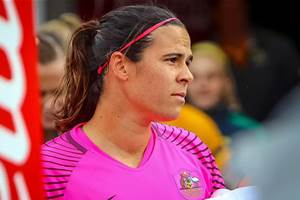 More news can be found here.