By Graham Hill For Mailonline

Wayne Rooney is showing that predictions of a rock bottom season for Derby County are well wide of the mark.

It looked as though the Rams’ on-field season would inevitably following the same path as their off-field problems.

Rooney may have had the unenviable task of trying to put together a squad capable of competing in the Championship, but he appears to have done it – despite losing star striker Colin Kazim-Richards through injury.

This battling display against a Middlesbrough side with top-six aspirations matched Rooney’s insistence that his players ‘win the battles’.

On this occasion, three points did not follow, but Derby are more than holding their own after a steady start to the season.

Only an impressive display from Boro goalkeeper Joe Lumley held Rooney’s side up.

Matt Crooks almost snatched the points for Boro when he headed on to the crossbar. But Derby richly deserved this point – in particular experienced defender Phil Jagielka who was not scared to go in where it hurts and produced an immense display at the back. 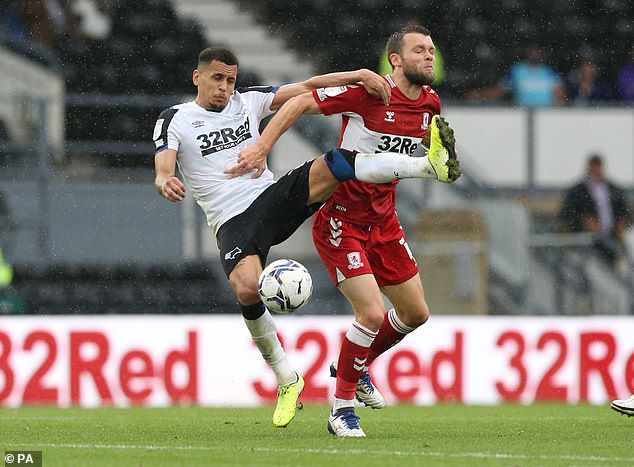 Following the midweek defeat by QPR, Boro manager Neil Warnock left new signing Toyosi Olusanya on the bench, but Marcus Tavernier made his first start of the season. Lee Peltier and Sam Morsy also coming into the team.

Derby looked like being able to build on their first victory of the season at Hull City in midweek, but found Lumley in their way on a number of occasions.

Recalled Rams defender Craig Forsyth had a volley kept out by the Boro keeper, but then Neil Warnock’s side had their best chance of the half when Uche Ikpeazu’s shot was kep out by Derby goalkeeper Kelle Roos, the Dutchman using his feet to make the stop.

Some over-officious refereeing from Andy Davies made sure a 20-yard free-kick for Boro was delayed even further after Jagielka required some treatment for a facial injury on his home debut for Derby. 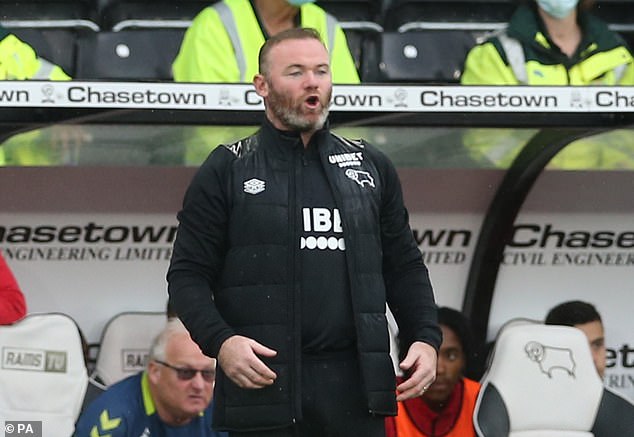 In the end, Boro captain Paddy McNair floated his shot wide of the target.

Max Bird was frustrated by Lumley twice in the space of three minutes as he pushed out a free kick from the Derby midfielder and then stopped him from close range.

Lumley was called into action again before the brak to smother a shot from Sam Baldock before saving from from Louie Sibley after the Derby forward cut inside to create the chance.

Warnock sent on Jonny Howson after 58 minutes, and he could have opened the scoring four minutes later when he was left on his own but Roos made a superb save.

In between the chances, this was a game that was becoming increasingly niggly and Jagiekla was shown a yellow card for a foul on Howson in front of the Boro bench.

It was one of a number of yellow cards being shown by the match official who had his work cut out to keep it under control at times in front of a sparsely attended Pride Park. 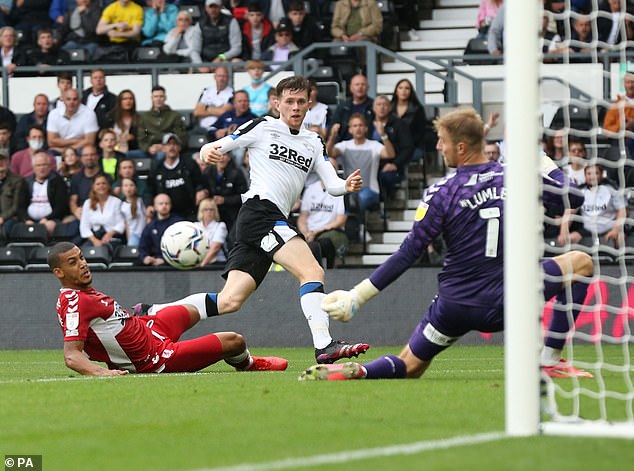 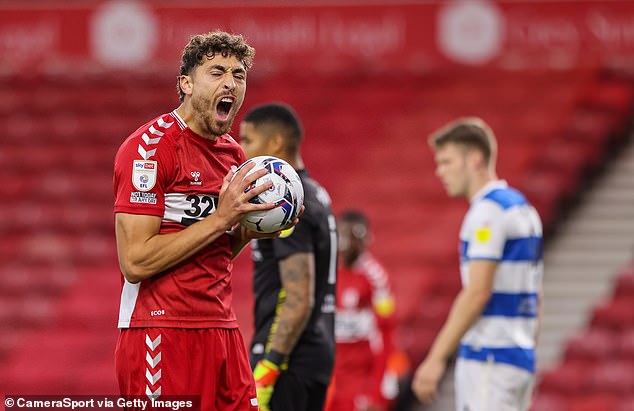 But Jagielka went down with a head injury after 72 minutes and needed more treatment – with suggestions of the defender being caught with an elbow.

McNair threatened again for Boro after 75 minutes with Jagielka off the field, but Roos again stood firm.

But Boro almost snatched it at the end when Crooks headed on to the Rams crossbar.

That would have been tough on Derby and Rooney will surely take heart from a week that has offered up four points from two games following their last-gasp defeat at Peterborough last weekend.

Exclusive: ‘My Aim Is To Help Middlesbrough Gain Promotion To The Premier League’- Ikpeazu

Uche Ikpeazu has disclosed that he is already relishing the challenge to help Middlesbrough achieve something special come the conclusion of the 2021/22 season, which is to help them gain promotion to the Premier League […]

Middlesbrough have announced the signing of Sol Bamba on a free transfer from Cardiff City until June 2022.Bamba’s arrival sees the former Ivory Coast defender reunited with Neil Warnock – who was in charge of […]

Middlesbrough are the latest club that have expressed an interest in signing Hearts defender John Souttar, per a report.Stoke and Blackburn are the two other Championship clubs that have been linked with a move for […]