It was mixed fortunes for South America’s premier nations during the latest round of World Cup qualifying matches on Tuesday night.

Five-time champions Brazil continued their 100 per cent record with a 2-0 win over Paraguay, while their bitter rivals – and two-time winners – Argentina were held to a 2-2 draw at Colombia. 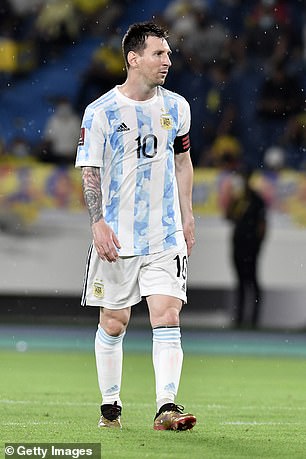 Brazil had not beaten Paraguay away from home since 1985 but they took the lead as early as the third minute when Neymar controlled an awkward cross from Gabriel Jesus and side-footed home from close range.

The Paris Saint-Germain striker came into this match with four goals and three assists in Brazil’s five qualifying games so far, the best haul in the tournament, and the goal was his 66th in 105 games for his country.

Wearing their change blue strips, Brazil were on top throughout and should have added to their total before the fourth minute of injury time when Paqueta scored with a splendid left-footed shot into the bottom corner.

Paraguay were unbeaten in five games in the South American qualifiers but rarely threatened the visitors, and even when they did they found Manchester City’s Ederson, a surprise choice to replace Liverpool’s Alisson Becker in goal, equal to their efforts, with one flying save from Omar Alderete right out the top drawer.

The clean sheet was Brazil’s fifth in their six games and they are off to their best start to a World Cup qualifying campaign since 1969, when they also won their first six games. 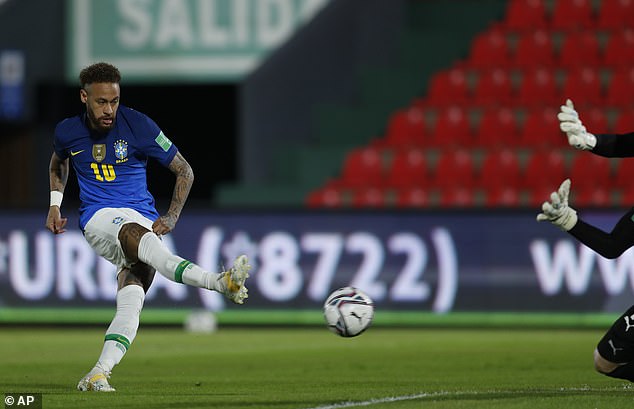 The result leaves them top of the South American qualifying group for Qatar 2022 with a maximum 18 points.

‘It was a game where we scored early in the first half and that really settled us down and allowed us to play the ball about and Paraguay had to chase the game and we killed it right at the end,’ said Brazil defender Marquinhos.

‘We knew how hard it is to come here,’ Marquinhos said. ‘We’re delighted to open up a gap with the second placed team in the table.’

Brazil have stretched their lead to six points after Argentina threw away a two-nil lead to be held by Colombia. 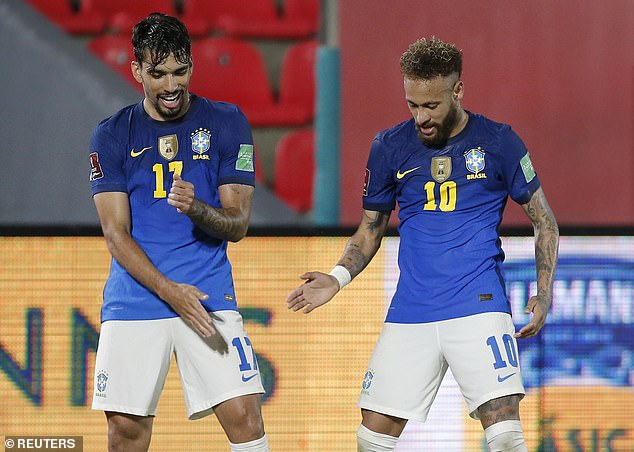 Argentina, captained by Lionel Messi, scored twice in the first eight minutes but could not withstand Colombia’s second-half pressure as the hosts rallied for a 2-2 draw in a thrilling World Cup qualifier on Tuesday.

Argentina manager Lionel Scaloni made five changes from the team that drew 1-1 with Chile last week and his side got the best possible start when Cristian Romero, playing in just his second international, headed home from a free-kick inside three minutes.

Leandro Paredes made it 2-0 five minutes later when he dribbled through a pack of Colombian defenders and slipped the ball past the keeper.

Argentina controlled the first half but their dominance waned just before half-time after Aston Villa goalkeeper Emiliano Martinez was taken off the field on a stretcher with a possible head injury following a goalmouth clash. 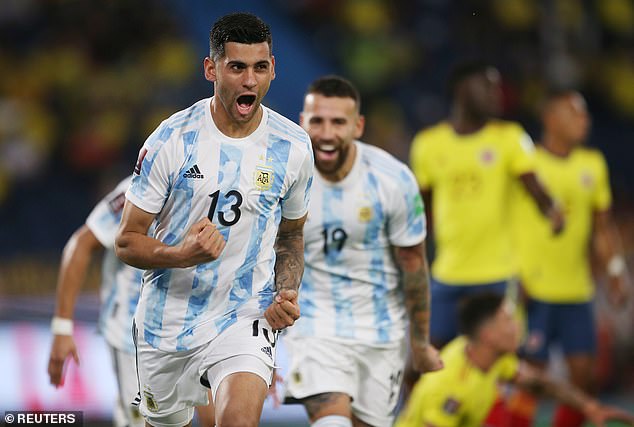 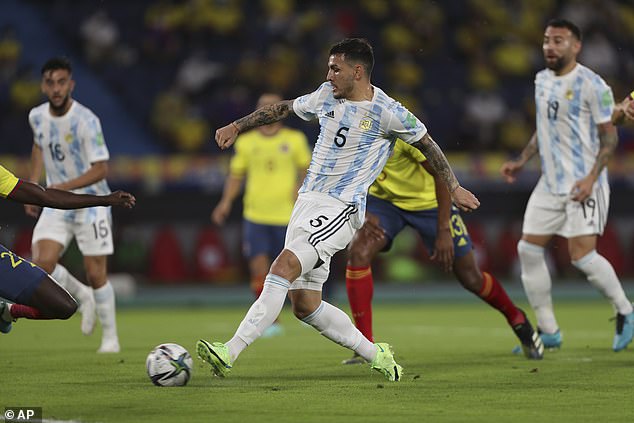 But they did get on the board five minutes into the second half after Argentine defender Nicolas Otamendi used an arm to flatten Mateus Uribe and Muriel converted the penalty.

Just when it looked like Argentina would hold on, substitute Miguel Borja grabbed a deserved equaliser when his header squirmed under the body of replacement goalkeeper Agustin Marchesin deep into stoppage time. 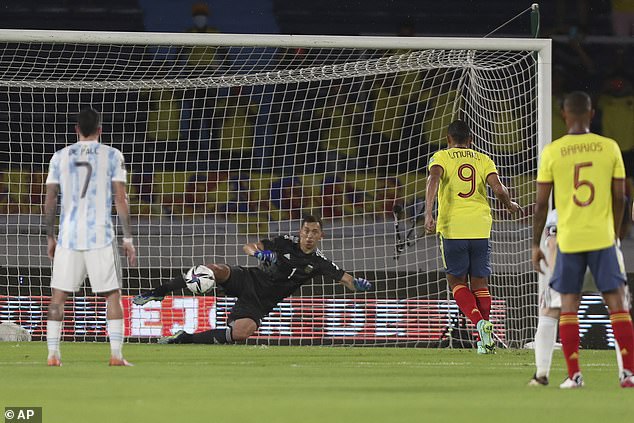 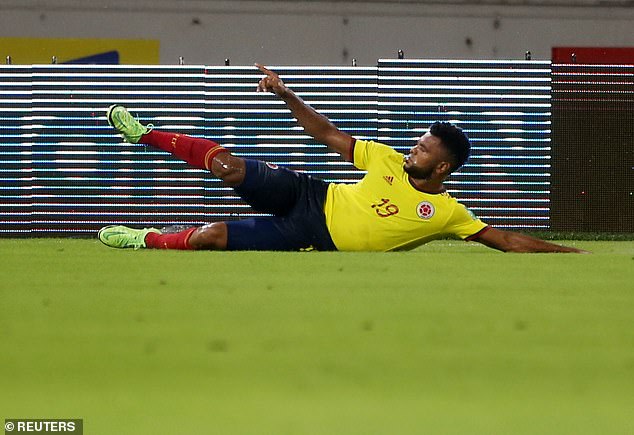 ‘I think we had the chances,’ said Argentine midfielder Rodrigo De Paul. ‘They have a great goalkeeper. We’re not happy with a draw.’

His sentiments were echoed by Scaloni who said: Unfortunately, we leave with one point when we deserved all three.’

Elsewhere Chile drew 1-1 at home to Bolivia, Peru won 2-1 at Ecuador and Venezuela played out a goalless affair with Uruguay.

The top four teams qualify automatically for Qatar (currently Brazil, Argentina, Ecuador and Uruguay) and the fifth-place side (at present Colombia) go into an intercontinental play-off. 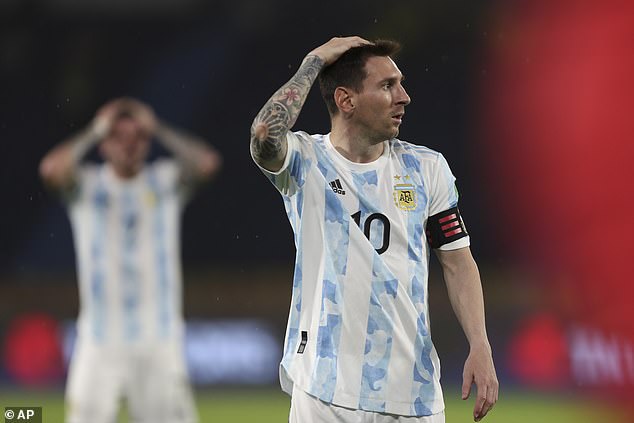 Wales 0-4 Denmark: 5 talking points as Danes march into the quarter-finals

Denmark marched into the quarter-finals of Euro 2020 in impressive fashion this evening, thrashing Wales 0-4 in Amsterdam. The result was only what Denmark deserved, as they largely outclassed Wales in what was expected to […]