By Jack Bezants for MailOnline

Bayern Munich manager Julian Nagelsmann has tested positive for Coronavirus in Portugal after missing his side’s win over Benfica in the Champions League due to ‘flu-like symptoms’.

Nagelsmann, who is double-vaccinated, has to travel back to Germany separately with an ambulance pilot before going into isolation. 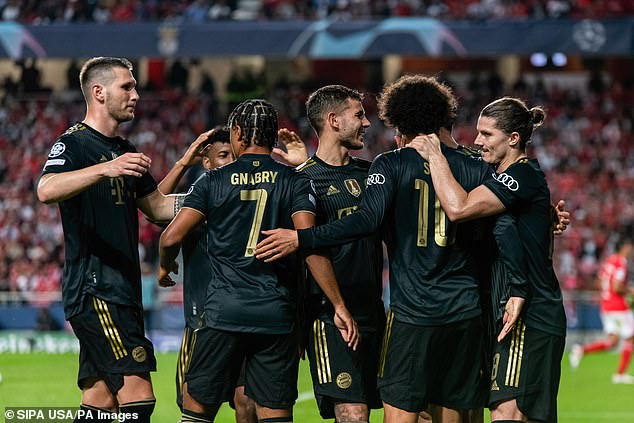 ‘He will return to Munich separately from the team with an ambulance pilot and will go into domestic isolation there.’

Nagelsmann wasn’t on the bench for the match on Wednesday evening and instead stayed in the hotel due to his illness.

‘Unfortunately, Julian Nagelsmann cannot sit on the bench today due to a flu-like infection,’ Bayern said on the club’s official Twitter account before the match.

‘He is represented by his co-trainers, Dino Toppmoller and Xaver Zembrod. Have a good recovery Julian!’ 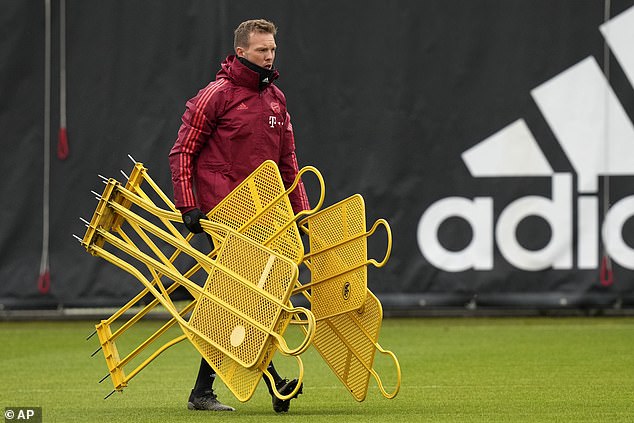 Bayern ran out 4-0 winners against Benfica thanks to a late rally with Leroy Sane scoring twice alongside a Robert Lewandowski strike and an Everton Soares own goal.

But there will now be concerns as to whether any other members of the side will test positive before Saturday’s clash with Hoffenheim in the Bundesliga.

Bayern currently lead the standings in Germany but are only a point ahead of second-place Borussia Dortmund.

Aleksandar Mitrovic netted a 90th-minute winner to send Serbia into the 2022 World Cup finals and stun Cristiano Ronaldo’s Portugal 2-1 on Sunday.Portugal only needed a win or draw in Lisbon to clinch their spot […]