Arsenal and Fulham will face each other at the Emirates Stadium in what is expected to be a mouthwatering London derby on Saturday.

The Gunners have enjoyed a flawless start to the new season, winning all three fixtures. They are on top of the Premier League table and will head into the weekend fixture full of confidence. Mikel Arteta’s men are coming off a fine win over Bournemouth and on paper are overwhelming favourites.

Fulham, meanwhile, enjoyed an impressive 3-2 win over London rivals Brentford last weekend. Like Arsenal, they are unbeaten in the league and will look to continue their good run of form.

On that note, let us take a look at three key player battles that could influence the outcome of the game.

Gabriel Jesus has been sensational for Arsenal since moving from Manchester City in the summer. He has made an instant impact at the club, bringing goals, energy and leadership skills whilst replacing Alexandre Lacazette efficiently up front.

With two goals in three games, Jesus is a man in form and will hope to increase his goal tally when Fulham visit Arsenal. The Brazilian striker will likely be up against the centre-back duo of Tosin Adarabioyo and Tim Ream.

Fulham boss Marco Silva will want Adarabioyo to keep Jesus quiet. The 24-year-old’s pace and aerial ability could be key in his battle against the Arsenal marksman. 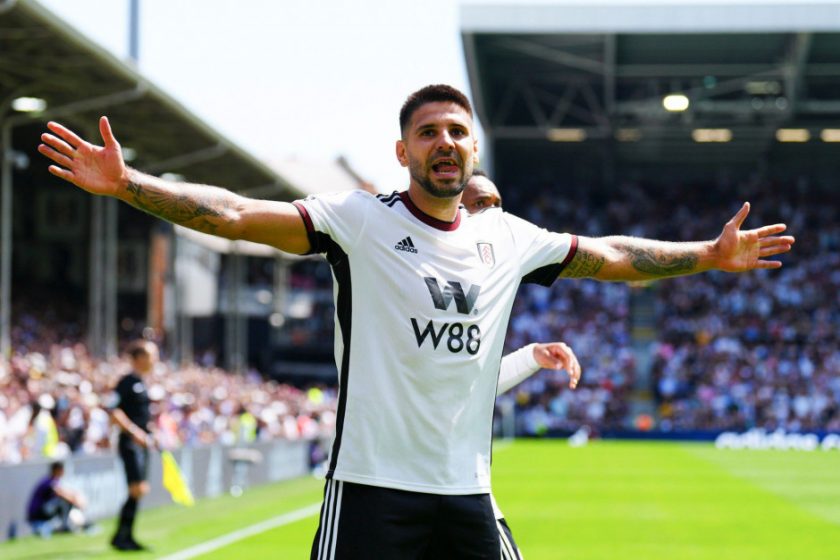 If Jesus has been excellent for Arsenal, Aleksandr Mitrovic has defied his early critics by starting the season in an impressive fashion for Fulham. The big Serbian has netted three goals in as many games, which includes strikes against Liverpool and Brentford.

The 27-year-old’s goal in the stoppage time earned the Cottagers a thrilling 3-2 victory over Brentford last weekend. Brimming with confidence, Mitrovic will look to give a torrid time to Arsenal’s centre-back pairing of William Saliba and Gabriel Magalhaes.

Saliba has adapted to the demands of Premier League football like a duck to water after returning from an impressive loan stint with Marseille last term. The young Frenchman has been rock solid at the back and tough to get past, and his wonder strike against Bournemouth last weekend was a testament to the confidence and self-belief with which he is playing.

On Saturday, Saliba will have his task cut out against a physical intimidating striker in Mitrovic. It will be interesting to watch how this battle pans out.

Arsenal’s new skipper Martin Odegaard has led his team by an example on the pitch. His brace helped the Gunners register a comfortable 3-0 win over Bournemouth last weekend.

Odegaard is Arsenal’s creative spark, and his clever tactical movement and spatial awareness help him evade Fulham’s centre-backs and get a good number of chances to test Bernd Leno. That’s when the task of Joao Palhinha in the Fulham midfield becomes even more crucial.

Palhinha has been the anchor for the Cottagers, sitting deep in midfield and breaking play while controlling the tempo of the game. The Portuguese will often have to be right in the face of Odegaard to stop him from influencing the hosts’ attacking play, and his ability to block and intercept will be put to the test.

It’ll be an interesting battle to see whether Palhinha can neutralise Odegaard’s powers, but if the Arsenal star can find spaces behind the Fulham backline, he could be in for either a goal or an assist.

I am Rohan Sengupta from one of the busiest cities in India, Mumbai. A Journalism graduate with a keen interest in sports, football is something I simply cannot live without and writing, discussing and analyzing the game is what I do 24*7.

[ad_1]Arsenal put up a superb first half performance as they edged out North London rivals Tottenham Hotspur 3-1 at the Emirates Stadium on Sunday.Emile Smith Rowe put Arsenal ahead from Bukayo Saka’s cut-back in the […]

[ad_1] Arsenal have been presented with a route to sign Brazilian midfielder Arthur Melo from Juventus according to a report in Football.London – the 25-year-old has struggled to become a regular in Turin this season.A potential […]

[ad_1]BARCELONA could reportedly wreck Arsenal and Chelsea’s transfer plans IF they miss out on Erling Haaland. The Catalan giants are eyeing a rebuild and want Borussia Dortmund star Haaland to spearhead their attack.3Barca hope to […]