There were plenty of surprises at the Athletissima meeting in Lausanne on Friday (Aug 26) with world champions Ryan Crouser, Grant Holloway, Tobi Amusan and Mutaz Essa Barshim among those suffering end-of-season defeats. But there was no doubt about the winner in the men’s 1500m as Jakob Ingebrigtsen stormed to victory in a world-leading mark of 3:29.05.

Using his predictable yet effective tactics of taking the lead shortly after the pacemaker went through 800m in 1:51, the Norwegian built a small lead at the bell and held his advantage over the final lap as Abel Kipsang of Kenya battled his way into second in 3:29.93 and Stewart McSweyn of Australia showed a welcome return to form with 3:30.18 in third.

“It was a good race,” said Ingebrigtsen. “I would have liked to have gone a little faster but considering I’ve had a lot of races, it was good. I’m now looking forward to the races at the end of the season and running even faster next year.

“All in all it’s been a good season but I’m ready to put in a lot of work this winter to win more races next summer. I don’t think we’re going to get any record times in Zurich (Diamond League final next month) but I think we will have a good competition there.”

Chilly conditions in Lausanne were not conducive to fast sprint times but Noah Lyles ran a quick 19.56 (1.3) despite a poor start. Mike Norman, who had led into the home straight, was runner-up in 19.76 as Britain’s Charlie Dobson, on his Diamond League debut, ran 20.34 in eighth from the inside lane.

The much-anticipated women’s 100m showdown turned into an anticlimax when firstly world champion Shelly-Ann Fraser-Pryce withdrew with a minor injury and then Elaine Thompson-Herah, the Olympic champion, false started. In their absence Aleia Hobbs won in 10.87 (0.0) from Shericka Jackson’s 10.88 and Marie-Josee Ta Lou’s 10.89. 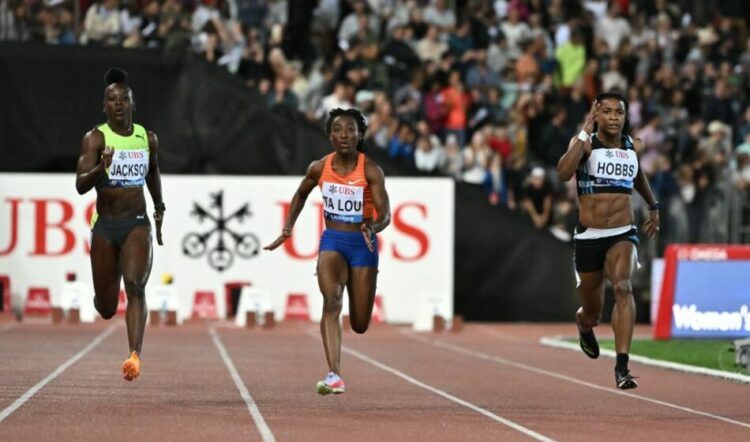 In the shot put the world record-holder Crouser was handed a rare defeat when his 22.05m was comfortably beaten by Joe Kovacs’ 22.65m. Another thrower in form was Neeraj Chopra as the Olympic champion threw 89.08m to win the javelin. 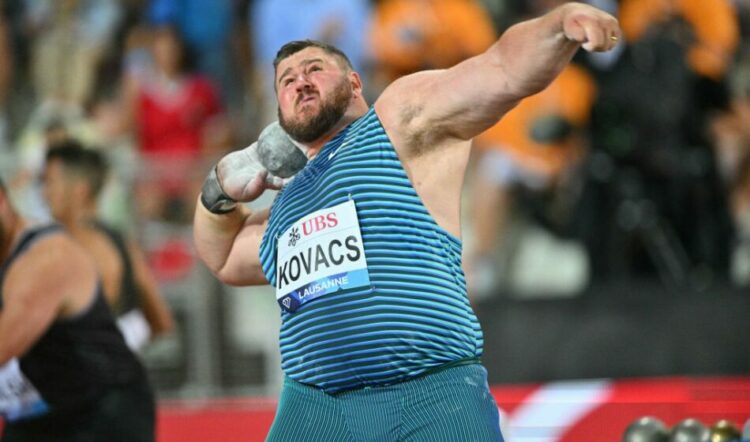 Francine Niyonsaba was returning from the injury that kept her out of the World Championships and the Diamond League champion pipped Alicia Monson for victory in the 3000m. Monson enjoyed a lead of several metres on the final lap but Niyonsaba just caught her at the finish to clock 8:26.80 as she won by one hundredth of a second.

Beatrice Chebet and Sifan Hassan were third and fourth with Laura Muir clocking an outdoor PB of 8:30.53 in seventh as she just missed Yvonne Murray’s Scottish record.

Soufiane El Bakkali showed few signs of late-season fatigue as he won the 3000m steeplechase with a front-running performance in 8:02.45. In the sprint hurdles, Rasheed Broadbell broke 13 seconds for the first time with 12.99 (0.0) to beat Trey Cunningham and Grant Holloway. 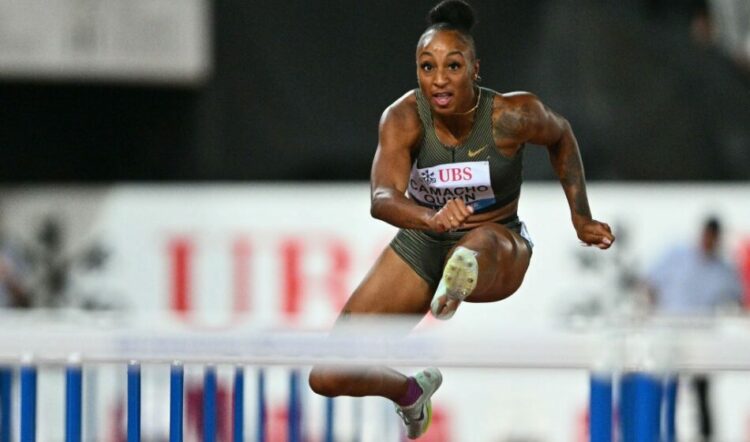 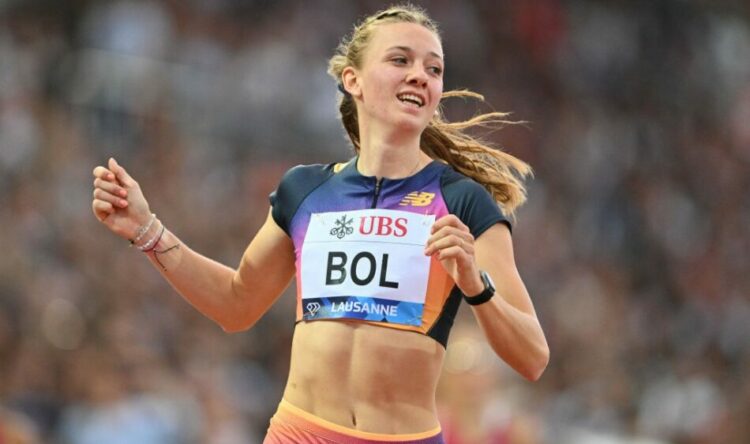 Andriy Protsenko won a modest men’s high jump contest on countback with 2.24m. Yulimar Rojas was also in winning form as she took the women’s triple jump with 15.31m.

Mondo Duplantis was also in action but the Swedish pole vaulter was competing the previous night in a street athletics event in Lausanne. To the delight of the crowds he won with 6.10m too. 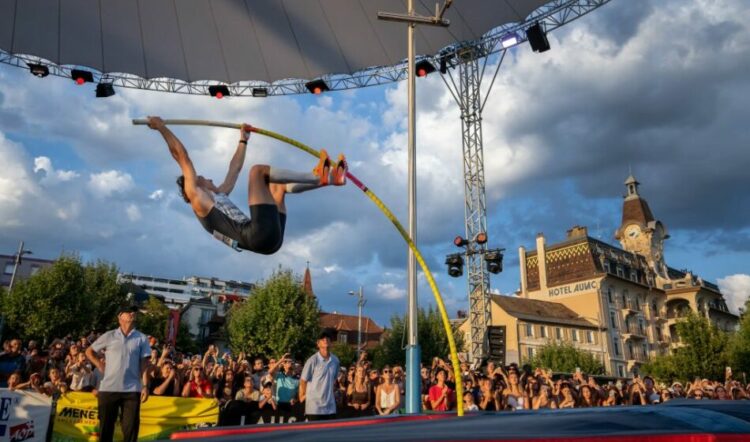