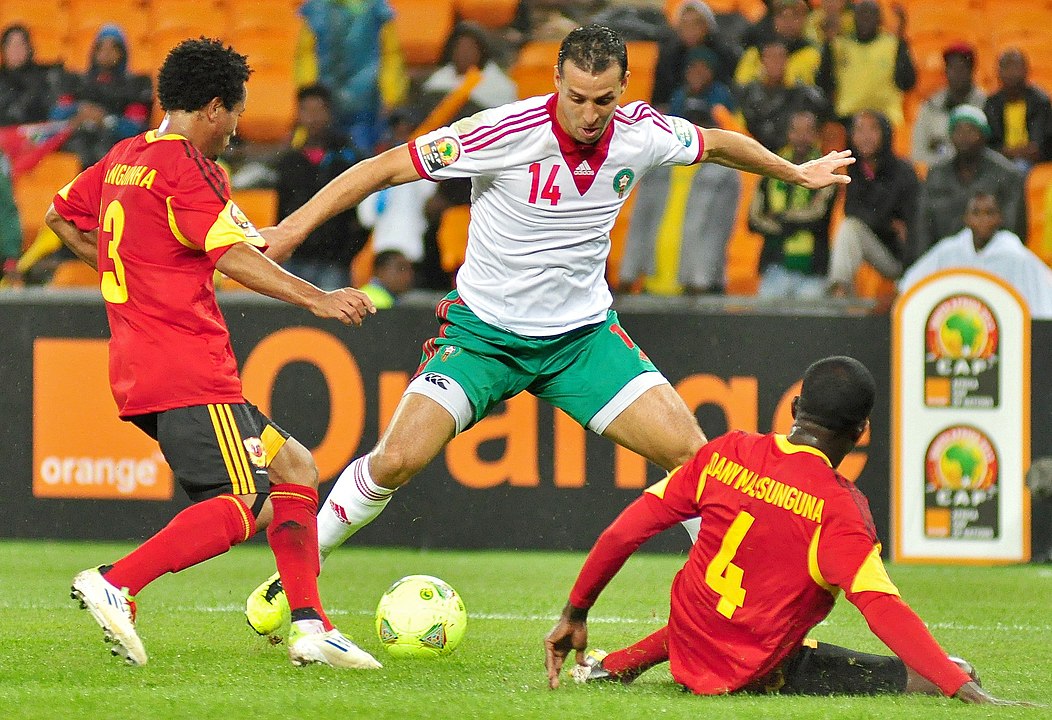 The highly awaited 2019 Africa Cup of Nations starts on June 21 and will extend through to July 19. The 32nd edition of the biennial tournament will be held in Egypt. Alexandria, Cairo, Suez and Ismailia will host the four-week tournament. The event will see 24 teams from across Africa battle for a piece of the $14.2 million reward which will be shared among the best eight teams. The winner of the event will take $4.5 million home in addition to the trophy.

Cameroon are the defending champions after beating Egypt 2-1 in the 2017 AFCON tournament at the Stade de l’Amitié in Libreville, Gabon.

This year’s event features six groups with four teams each. The hosts, Egypt are in Group A with DR Congo, Uganda and Zimbabwe. They will play the first game of the tournament against Zimbabwe at the Cairo International Stadium. Benin, Cameroon, Ghana and Guinea-Bissau are in Group F. Namibia. Côte D’Ivoire, Morocco, Namibia and South Africa will battle it out in Group D.

Our focus will be in Group C which consists of Algeria, Kenya, Tanzania and Senegal. We take a look at each of those teams to determine the one with better odds of sailing through to the quarterfinals.

The Harambee Stars will be counting on some top-class players such as Tottenham’s Victor Wanyama, who represented the Spurs in the Champions League finals against Liverpool. Michael Olunga, who plays for Kashiwa Reysol in the Japanese League, and Ayub Timbe who plays for a Chinese team, will strengthen Kenya’s hopes of making it to the quarters. Kenya lost to Sierra Leone 2-1 in the qualifying match on June 11 in Freetown.

The appointment of the new coach Sebastian Migne early last year after the former manager Paul Put quit, was a boost for the Kenyan team which has been struggling in the past. Kenya managed to beat Ghana 1-0 during AFCON qualifier in Nairobi on September 8, 2018, under Migne’s leadership. Kenya went ahead to beat Ethiopia 3-0 in October and drew 1-1 with DR Congo in their last match on June 15. They have won two of their last five matches.

Tanzania returns to AFCON after more than 30 years. Taifa Stars last took part in AFCON in 1980 when they failed to advance from the group stage. A 3-0 win against Uganda on March 24 gave Emmanuel Amuneke’s side an opportunity to prove themselves in this year’s tournament.

Taifa Stars have won twice in their last five matches and drawn once. Amuneke’s side drew 1-1 with Zimbabwe in their last match on June 16. The Nigerian coach recently named his 23-man squad that will represent Tanzania in one of the toughest groups in the tournament. Among the selected players, 10 are currently playing for international teams while 13 were selected from the local clubs.

Tanzania is currently ranked 131st in the world by FIFA with 1105 points. Tanzania faces their biggest test in the tournament as they take on Senegal in their first group stage match on June 30 at Cairo Stadium. Amuneke believes that securing a win against the Lions of Teranga will give them a fighting chance in Group C.

Senegal are currently the top performing team in Africa. The Lions of Teranga are in position 22 in the FIFA World rankings. Aliou Cisse’s side are among the favorites in this year’s tournament. Senegal were kicked out of the 2017 AFCON tournament after they were beaten 5-4 in a penalty shoot-out against Morocco.

The Teranga Lions have won all of their last five matches played. Aliou Cisse’s side beat Nigeria 1-0 in their last friendly match on June 16.

Senegal’s squad appears stronger than other teams in Group C. Top players like Barcelona’s Moussa Wague and Inter Milan’s Keita Balde will play a crucial role in the upcoming games and the team’s journey to the final.

The presence of Liverpool ace Sadio Mane who scooped the Golden Boot in the 2018-19 season is a big boost for the Teranga Lions. Mane will add to the strength of Senegal’s striking force. However, Mane will miss the opening match against Tanzania after he was given two yellow cards in the AFCON qualifiers.

Algeria emerged the winners of the 17th edition of AFCON in 1990 after beating Nigeria 1-0. The Les Fennecs are currently ranked 68th in the FIFA world rankings with 1346 points. Djamel Belmadi’s side have qualified for AFCON tournament for the fourth consecutive time since 2013.

Algeria failed to beat any team in the group stages of the 2017 AFCON tournament and will be looking to have a shot in the tournament this time around.

The Desert Warriors will be counting on the help of players like Manchester City’s Riyad Mahrez to make it past the group stage. Mahrez recently stated that he was hopeful Algeria will lift this year’s trophy, having failed to achieve the feat in the past 29 years.

Les Fennecs have won three of their last five matches and drawn two times. They won 3-2 in their last friendly match against Mali on June 16.

Senegal have better odds to reach the 2019 AFCON quarterfinals

Judging from the above data, Senegal have a better chance to reach the 2019 AFCON quarterfinals as compared to Kenya, Tanzania and Algeria. The fact that the Lions of Teranga have won all their last five matches is a clear indication that they are in good form to beat any opponent. The presence of highly experienced players like Sadio Mane gives Aliou Cisse’s side high hopes of sailing through to the quarters. However, Senegal will need to overcome Algeria who appears to be a team to beat in the tournament.

I believe the Lions of Teranga have a shot at reaching the quarters and even making it to the finals. We will be waiting to see the outcome at the end of the tournament. But, one thing is certain, the performance of each team in the group stage matches will determine the teams’ chances for the rest of the competition.

Photo by Magharebia via Wikicommons (CC BY 2.0)